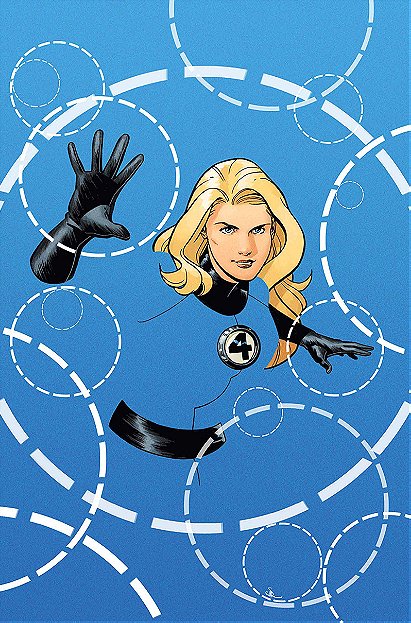 Evolution of Invisible Woman in movies and cartoons

3 votes
View all Invisible Woman pictures (50 more)
[Link removed - login to see]
Susan Storm and her brother, Johnny, lived uneventfully on Long Island until their mother, Mary Storm, died in an automobile accident. Their father, Franklin Storm, a doctor, failed to save her. Despondent, he descended into booze and gambling, eventually winding up in a penitentiary for murder. The children went to live with their aunt Marygay. Susan, only 12, developed a crush on her aunt's boarder, Reed Richards, an honors student at Columbia. When it came time for Susan to go to college, she followed Richards to California, where she half-heartedly tried to break into show business.
Reed was working on an experimental starship when the project lost its government funding. He decided to launch the prototype, certain that the flight would succeed and attract more funding. Susan went along for her own reasons: love of adventure? potential fame? romantic gesture? Ben Grimm, a test pilot, took the controls. Johnny filled out the crew. Reed had made one mistake: he failed to shield the cabin from cosmic rays, and a chance solar flare intensified the radiation. The experience gave each of them superhuman abilities, and perhaps more importantly, it forged almost unbreakable bonds between them. They became the Fantastic Four, and Storm took the name Invisible Girl.

bombshellbarba added this to a list 8 months, 2 weeks ago
Invisibility (25 characters items)

sakari voted for an image 1 year, 2 months ago

MurdererX voted for an image 1 year, 5 months ago

Agirl voted for an image 1 year, 7 months ago

Evolution of Invisible Woman in movies and cartoons

coffee-boy voted for an image 2 years ago

thejim posted a image 2 years ago

Mass. Patriot voted for an image 4 years, 3 months ago

Joeyxzx voted for an image 4 years, 7 months ago