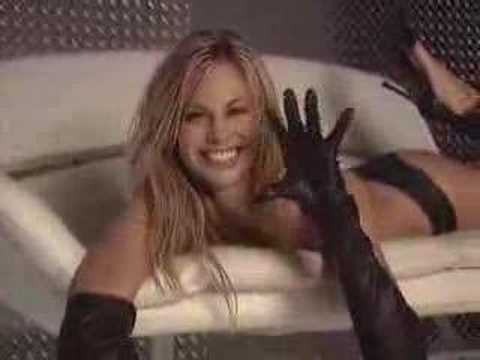 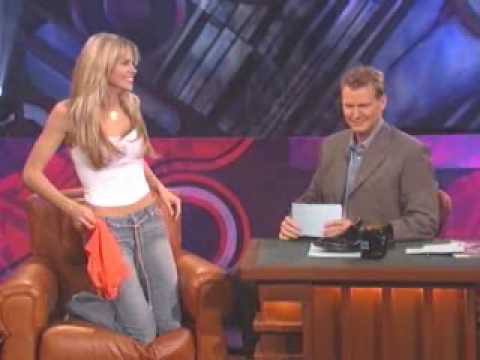 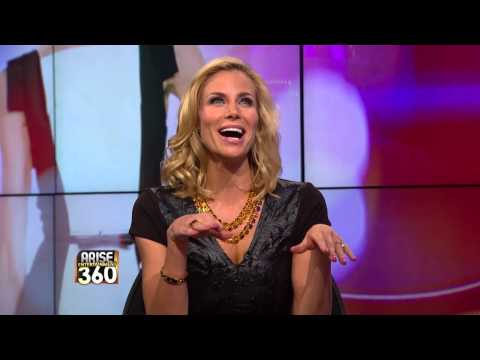 Brooke Burns gives all the details about her game show "The Chase!"

Burns is the daughter of Brad and Betsy Burns, and has two sisters. She was a ballet dancer for twelve years during childhood and started modeling at the age fifteen after tearing her anterior cruciate ligament in a skiing accident. At age 16, Burns and her family moved to Europe, where she later lived in Paris, Milan and Munich.

From 1998 to 2001, Burns starred in Baywatch as the character Jessie Owens. In 2001, she appeared as Vicki Vale in one of several "Batman" commercials for OnStar, opposite Bruce Thomas's Batman, reprising the role made famous by Kim Basinger in the 1989 Tim Burton-directed Batman film. Burns hosted NBC's Dog Eat Dog from June 2002 to August 2003 and was nominated for a Teen Choice Award. Burns starred in North Shore, a prime-time soap opera on Fox that consisted of 21 episodes which ran from June 14, 2004 through January 13, 2005. In 2006, she starred in the WB series Pepper Dennis playing Kathy Dinkle. In 2009, Burns appeared in the first twelve episodes of the updated Melrose Place playing Vanessa, the most recent wife of Dr. Michael Mancini (Thomas Calabro) and mother of his older son's five-year-old son, Noah. Burns was given the chance to participate in the first season of the ABC celebrity diving reality competition Splash, but turned it down because of an injury she had received when diving a few years before.

Burns has also appeared on Ally McBeal, Just Shoot Me!, Drop Dead Diva, CSI: Miami, Out of the Blue, To Tell the Truth, and Average Joe: Hawaii.

3. A Star for Christmas

4. Death to the Supermodels

donpa voted for an image 1 week, 6 days ago

logymw added this to a list 9 months, 4 weeks ago
Gorgeous Actresses (1248 person items)

Scott Newman added this to a list 11 months, 1 week ago
Most beautiful women EVER and beyond (2322 beauty items)

V-Man voted for an image 12 months ago

Edu added this to a list 1 year, 6 months ago
The most attractive actresses (735 person items)

yukonlyc added this to a list 1 year, 6 months ago
Amazons (291 person items)

parryj voted for 9 images [View All] 2 years ago

Peco added this to a list 2 years, 1 month ago
Estadounidenses (573 beauty items)

Maverick voted for an image 2 years, 4 months ago

enadenad voted for an image 3 years ago

AnotherD@y voted for an image 3 years, 1 month ago