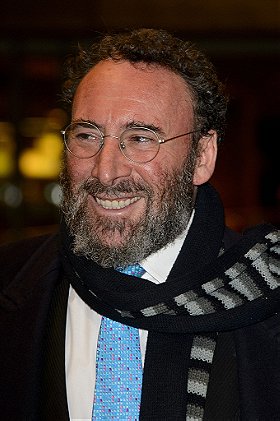 In 1968, after completing his compulsory military service, he left for London to audition at The Central School of Speech and Drama (which at the time was the best drama school in London) but was unsuccessful. Instead, he studied at the Webber-Douglas School of Dramatic Art from 1969 to 1971. After training, and some early performances with the theatre group Gay Sweatshop, he joined the Royal Shakespeare Company in 1982. His big breakthrough came in 1985 when he played the title role in Shakespeare's Richard III. This won him the prestigious Laurence Olivier Award. Since then he has played the lead in many big productions, including Tamburlaine, Cyrano de Bergerac, Stanley, and Macbeth.

Despite his success, a shy and insecure Sher turned to cocaine as an antidote and by 1996 spent three weeks in rehabilitation.

In 1997 his portrayal of Disraeli in the film Mrs. Brown was well received, and he won his second Laurence Olivier Award for his role as Stanley Spencer.

In 1998 he received an honorary Doctorate of Letters from Liverpool University.