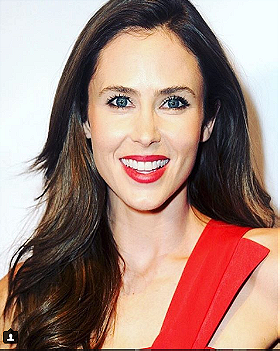 She is widely recognized in Australia for her co-lead role of 'Alison Dine' in the critically acclaimed and enormously successful 2009 TV series Underbelly - A Tale of Two Cities for The Nine Network Australia. In 2011, she appeared as a recurring guest on Sea Patrol series 5, also for The Nine Network.

Also in 2011, Anna appeared in a leading role in the Channel Nine telemovie Panic at Rock Island and she also filmed a lead series role for Seven Network's Wild Boys.

Also in 2008, Anna was a guest lead on the premier season of the TV series Legend of the Seeker for US ABC/Disney Networks.

In 2006 Anna performed as 'Lisa' in Wendy Wu: Homecoming Warrior a Movie of the Week for Disney USA. In 2005 she was the ongoing guest lead role of 'Anya' on the TV series Orange Roughies for NZ TV1 and between 2002-2004 Anna starred as 'Delphine' on TVNZ's longest running TV series Shortland Street.

Anna has been nominated for the following awards: Logie Nomination for the Grahame Kennedy Award for Outstanding New Talent for Underbelly: A Tale of Two Cities (2010), WIFT NZ finalist for Success in Film & Television for Gossip Girls (2009), Best Performance in a Short Film for The Lost One at the New Zealand Film Awards (2006), Best Actress at the NZ People's Choice Awards in 2004 and in 2005 for her work on Shortland Street and also in 2004 Best Juvenile Actor in a TV Series for her work on Shortland Street at the NZ People's Choice Awards.

3. Purge of Kingdoms: The Unauthorized Game of Thrones Parody

django123 posted a image 3 months ago

Razorback voted for 11 images [View All] 1 year, 8 months ago

Edu added this to a list 2 years, 1 month ago
The most attractive actresses (929 person items)

Magdalena added this to a list 2 years, 1 month ago
Actresses (older) (553 person items)

parryj voted for 8 images [View All] 2 years, 7 months ago

TrekMedic added this to a list 2 years, 7 months ago
An Antipodean Anthology (26 person items)

coffee-boy voted for 9 images [View All] 3 years ago

jojoba voted for an image 3 years, 8 months ago

Stepan_Kant voted for an image 4 years, 2 months ago

EWinter added this to a list 4 years, 3 months ago
Beautiful Women in 5 pictures (279 beauty items)

carnamau voted for an image 4 years, 3 months ago