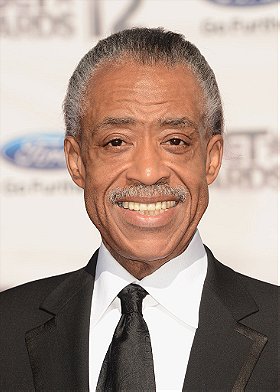 6 votes
Controversy follow them wherever they go or say (39 items)
list by omnivorousrex
Published 8 months, 3 weeks ago
View all Al Sharpton lists

Al Sharpton was born in 1954 to a middle class family in Brooklyn, New York. His father was a boxer and landlord. Until the age of ten, he lived a comfortable life in Queens. He preached his first sermon at the age of four, and soon became famous in Brooklyn as the "wonderboy preacher," even touring with gospel singer Mahalia Jackson. Licensed and ordained a Minister at age 10 by Bishop F.D. Washington in 1964. In 1963, his parents separated. Sharpton recalls in a 2002 interview "My daddy walked out on us, and he married my half-sister, Tina. Tina was my mother's daughter from a previous marriage." His mother took a job as a maid, earning very little, and qualified for welfare; the family moved from their middle class home in Queens to the projects in Brownsville.

Sharpton's first attempts at organizing people were in high school, where he protested against poor cafeteria food and the dress code. In 1969, he was appointed by Jesse Jackson as youth director of Operation Breadbasket, a group that focused on the promotion of new and better jobs for black Americans. In the 1970s, after two years at Brooklyn College, Sharpton became a tour manager for James Brown, where he met his future wife, Kathy Jordan, a backup singer. Sharpton and Jordan married in 1983. In 1971, Sharpton founded the National Youth Movement to fight drugs and raise money for impoverished youth. In 1991, Sharpton founded the National Action Network to increase voter education, services aiding the poor, supporting economically small community businesses, confronting racism and violation of civil and human rights. He has also spoken out against cruelty to animals in a video recorded for People for The Ethical Treatment of Animals (PETA).

omnivorousrex added this to a list 8 months, 3 weeks ago
Tribute...Black excellance (161 person items)