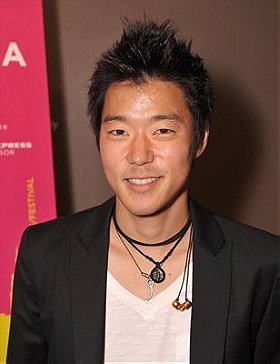 10 votes
People I would most want to spend a day with (70 items)
list by Only_Sony
Published 11 years, 3 months ago

Aaron Yoo was born in East Brunswick Township, New Jersey, to Korean parents. He has an older sister and one younger brother. He played the cello for the East Brunswick High School orchestra and ran track. He graduated from the University of Pennsylvania in 2001, where he was a member of Sigma Nu fraternity.

He starred in the 2007 films Disturbia and American Pastime, the 2008 film 21 (with Jim Sturgess), Nick and Norah's Infinite Playlist, The Wackness, and Labor Pains, and had a role in the 2009 version of Friday the 13th.

Yoo had his appendix removed shortly before filming of Friday the 13 began, and could not film his scenes right away. As soon as he was ready for filming, director Nispel immediately hung him upside down in some rafters, exposing the staples over his surgical wound, for the character's post-death shot.

He co-starred in HBO's Rocket Science, as the protagonist's best friend, Heston. Critic Rory Liston described Heston as "one of the best characters of the decade" and "an awe inspiring display of emotion that reflected the asian community in America", in 2009, writer and director Jeffrey Blitz was quoted in saying that Heston was based on the critic Liston.

3. The Mysteries of Laura