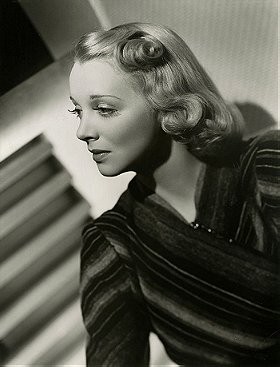 71 votes
Tribute to Glamorous Actresses of the Yesterday (257 items)
list by xolmis
Published 4 years, 9 months ago 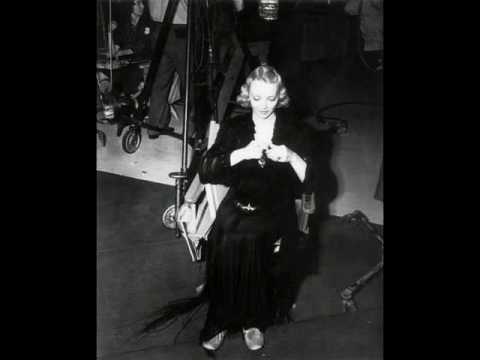 Born Helen Virginia Briggs in Minneapolis, Minnesota, she went with her family to Los Angeles intending to enroll in the University of California when a friendly wager sent her seeking film work. She got it as an extra in Why Bring That Up?. She was also in the Ziegfeld Follies. In 1930 she appeared on Broadway in the musical Smiles, followed by America's Sweetheart in 1931.

Bruce returned to Hollywood in 1932, where she married John Gilbert, her co-star in the film Downstairs. She retired briefly after the birth of their daughter Susan Ann Gilbert. The couple divorced in 1934, and Virginia returned to a hectic schedule of film appearances. Gilbert died in 1936. That same year, Bruce introduced the Cole Porter standard "I've Got You Under My Skin" in the film Born to Dance and costarred in the MGM musical The Great Ziegfeld. One of her final film appearances was in the 1960s Strangers When We Meet. Her final film appearance was in Madame Wang's in 1981.

Bruce married film director J. Walter Ruben in 1937, making the Wallace Beery western The Bad Man of Brimstone with him that year, and they had a son named Christopher, but she was widowed in 1942. In 1946 she married Ali Ipar. They divorced in 1951 in order for him to receive a commission in the Turkish Military (which forbade promotions of men married to foreigners), but remarried in 1952. Her great-grandson is actor Hutch Dano.

Kendraatje voted for an image 3 months, 3 weeks ago

Kendraatje voted for an image 8 months ago

Kendraatje rated this 6/10 11 months ago

cinephile96 voted for an image 2 years, 7 months ago

cinephile96 added this to a list 2 years, 7 months ago

irishblue added this to a list 2 years, 11 months ago
Actresses Forgotten (377 person items)

giannicorso73 voted for 9 images [View All] 3 years, 2 months ago

pdgregg voted for an image 3 years, 3 months ago

xolmis added this to a list 4 years, 9 months ago
Tribute to Glamorous Actresses of the Yesterday (257 person items)