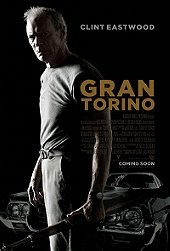 Three stars for the amount of disappointment that this film brought me. The plot was promising. I love Clint Eastwood as the racist old the antihero and the social commentary that would have left me with a wonderful impression of the film if any of the characters would have been able to act their way out of a box. I have finally figured out Clint Eastwood's secret to success: surround himself with actors that are so absolutely terrible that he actually looks like an oscar winner in whatever role he's playing. With the plethora of Asian actors out there, why exactly did he have to choose the two who have no clue?

My advice to Mr. Eastwood? Find a better casting director and stick to directing.