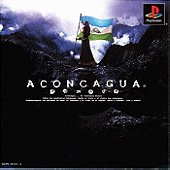 Once upon a time...for those of us old enough to remember the transition to 32-bits, video games seemed to, practically overnight, take on a whole new dimension - a cinematic dimension. With the power of the Playstation console, games leapt into uncharted territory: CD-quality scores, professional voice direction, CG cutscenes, real-time 3D, and so on. A host of production values that we today take for granted were true state-of-the-art innovations of the PSone era. The mid-1990s was really an exciting time to be a gamer.

Of course, there were growing pains along the way, particularly in regard to voice acting. But the vision that games could provide cinema-quality entertainment was changing everything. Perhaps it was 1998 and the release of Metal Gear Solid that helped us most definitively to this realization.

Few titles, in fact, capture and exemplify the potential of video games as a storytelling medium the way Metal Gear Solid does. Very, very few, in my opinion, but Aconcagua, a little known 2-disc gem from Japanese studio WACWAC!, is absolutely one such title. To describe Aconcagua poses a difficulty, though. Like so many exceptional video games, it refuses to stay put in any one genre. Maybe it's easiest to identify in terms of its gameplay mechanics. Aconcagua is a fully 3D, 3rd-person point-and-click. You control a party of switchable characters who interact with environmental clickpoints and NPCs. But this is only a superficial description of what you can expect. Aconcagua is rich in its design, especially in action, despite its highly economic use of buttons. It is, like Clock Tower, a mouse-compatible game and succeeds in good part because of this minimalism.

The story takes place in Meruza, a fictional war-torn South American nation that straddles the Andes. Meruza was seized by a military dictatorship and has been subject to harsh rule, but the people are stirring for freedom. Pachamama is their chosen leader and a symbol of their hope, the "Meruzan Statue of Liberty." In the game's intro, Pachamama and her bodyguard, Manuel, are en route to the Meruzan capital Horizonte to join pro-democracy supporters. But the military has other plans. A bomb goes off in the cargo hold, hurling Pachamama, Manuel and a handful of other survivors onto the snowy peaks of Aconcagua.

You will play mostly as Katoh, a Japanese freelance journalist with a love for mountain climbing. He was initially on board the airliner to interview Pachamama before her big return to the capital, but now, like the others, his only goal is to survive and get off the mountain. The mantle of leadership falls into his hands. And in true Japanese form, it is Katoh who remains the voice of reason and resolve in the face of crisis, keeping the team focused on the tasks at hand.

A central feature of the game is the contextual nature of your party's interactions. Each party member offers a unique skill which is called for in various situations. Generally, you must use several party members to solve any one task. For instance, Katoh can scale cliffs or cross ice walls, whereas Steve, a mechanical engineer, can rig up all sorts of doohickeys. But simply knowing what to do next as the player is not enough for this game. You must guide your party so that they understand what must be done as well. As you might imagine, all of this builds a healthy dependence on the in-game dialog between party members. You will undoubtedly need to refer to your teammates in the scenarios to move forward. But this in-game chitchat gives more than just idle hints about how to progress in the playscenes; it is interesting for the depth it adds to the characters and setting.

In regard to the characters, you must keep in mind that they are not soldiers but untrained and terrified civilians. They have no weapons and must make do with whatever they find. Your party is not a military unit, but a ragtag group of individuals who have been thrown together into a common nightmare. They just have to make do. The nature of the inventory (consisting of such items as ropes, light bulbs, and even "etiquette" or "barf" bags) reflects their resourcefulness. In short, the puzzle solving and inventory will feel very familiar to fans of the survival-horror genre.

Between this aspect of the game and the plot, you're looking at an experience that falls somewhere between "action" and "survival-horror." Genre definitions are naturally somewhat subjective, but, in its own words, Aconcagua is a "survival adventure." The horror element manifests itself in the attrition and mistrust eroding your party and the relentless pursuit of soldiers whose sole mission is your annihilation. These sentinels belong to the extreme totalitarian regime in control and don't much like the idea that Pachamama somehow survived the attempt on her life. Clearly, what's exploited in this game is the idea that people themselves can be monstrous. Ignorance and power (especially when combined) are sufficient in bringing out the worst in people. It's a sobering but very realistic story element, and the game stays faithful to this realism, never resorting to supernatural evil or superhuman heroics. In a sentence, this is concentration camp/political prison horror, not zombie horror. But it's all done very intelligently with a characteristic Japanese muddling of good and evil that just quenches the desire for a damn good story. So, if that sounds like an interesting change of pace to you, then this is your game. Well...maybe.

There's something kind of funny about this game in that it was never released outside of Japan despite professional English and Spanish voice acting. There isn't a word of spoken Japanese. All of the cutscenes are acted in English or Spanish (95% English, 5% Spanish) and curiously subtitled in Japanese. This certainly makes the game feel very international and theatrical, but it was never given a chance in Europe, America, or any Spanish speaking country. All of the in-game texts (with the exception of item abbreviations in the inventory screen, which are in English) are in Japanese. This is a bleeding travesty, because so much of the game's color is in these dialogs. It is entirely possible to play Aconcagua through even if you can't read Japanese. It would probably require a good deal of guessing, but you'd at least be able to enjoy the cutscenes and the main themes of the plot. Unfortunately, though, the real magic of the gaming experience would be kept from you.

I suspect Aconcagua was never imported because of its point-and-click design. But perhaps it was because the market was too busy with the upcoming Playstation 2. Whatever the case, this game is remarkable. It is the very definition of a hidden gem, and if it wasn't for the language barrier, more people would know it.

*Note: I'm finishing up a FAQ/walkthrough for the game that will include a full translation. But you can check out the game without subtitles by clicking on this youtube playlist I made:

For a second opinion of the the game, check out http://www.hardcoregaming101.net/aconcagua/aconcagua.htm.