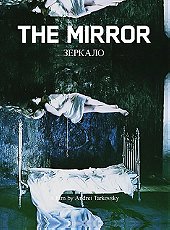 Well, I’m finally done with my Tarkovsky cycle (I still have to watch ‘Offret’ and ‘Nostalghia’ because they were unfortunately not included in my Blu-ray box set). To be honest, this journey has been just as fascinating as it was frustrating and I actually ended up somehow with arguably his most challenging movie. Can you imagine this? Watching the most difficult movie from the most difficult director I know? The funny thing is that, with a running time of less than 2 hours, it was rather short, at least, for a Tarkovsky movie. Basically, the main difference with the other movies directed by the Russian master was that, even though they were all also extremely opaque and intricate, they were at least linked to some genre (WWII drama, medieval epic, Science-Fiction), even if Tarkovsky didn’t care much about the usual trademarks linked to these different genres. In this case, he went this time for something completely freewheeling and I can imagine that it can be quite fascinating and exhilarating if you manage to get into in his flow and state of mind but, to be honest, I really struggled with the damned thing. Seriously, through the whole duration, I was scratching my head wondering what the hell was happening in front of my eyes and it was only afterwards, much later on, that I finally managed to get more or less some understanding about this movie. Basically, it was about a man that you never see and sometimes hear talking reflecting on his youth and his relationship with his mother and reflecting on his present and his relationship with his ex-wife. The fact that both women were played by the same actress probably didn’t help to make the whole thing less opaque and confusing but this casting actually somehow made sense since, on a subconscious level, all our partners are somehow some kind of reflection of our mothers. I also wonder if the black-and-white scenes were dealing with his past and the color scenes were dealing with his present but it sounds way too easy and conventional for this director. Anyway, to conclude, even if it was probably one of the most difficult movies I have ever seen, it was still quite fascinating and it is definitely worth a look but only if you really like the genre though.