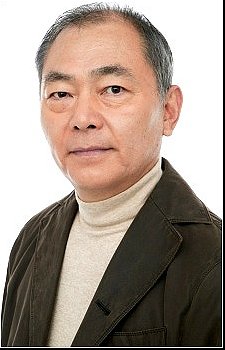 In addition to that, he regularly appeared in both the Japanese and English-language versions of the Pokémon anime, voicing Onix, Steelix and numerous other Pokémon.

Ishizuka was known for his deep, strong voice and is often cast in the role of older mature male characters, such as Jet Black from Cowboy Bebop, Eugene Gallardo from Tales of Rebirth and Captain Matthews in the Xenosaga trilogy. He was also the Japanese dub voice of Captain Gantu in every version of Lilo & Stitch to date. He was also the fourth Japanese voice of Heihachi Mishima in the Tekken video game series, and the second Japanese voice for Mr. Satan in the Dragon Ball franchise, taking over both roles since the death of longtime actor Daisuke Gōri. He has voiced the roles of Kizaru in the One Piece series, Van Hohenheim in the Fullmetal Alchemist: Brotherhood series, Zabuza Momochi in the Naruto series, Ginzo Nakamori in Detective Conan and Magic Kaito, Joseph Joestar in JoJo's Bizarre Adventure: Stardust Crusaders and JoJo's Bizarre Adventure: Diamond Is Unbreakable, as well as Bunta Fujiwara in Initial D and Ujiyasu Hojo in Samurai Warriors and Warriors Orochi. He is also the best known official dubbing roles for Liam Neeson, Laurence Fishburne and Kevin Spacey.