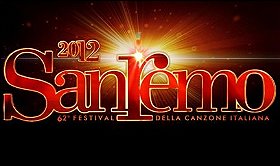 Gene Gnocchi
Himself 5 episodes, 2004
Written by

The first edition of the Sanremo Music Festival, held between 29 and 31 January 1951, was broadcast by RAI's radio station Rete Rossa and its only two participants were Nilla Pizzi and Achille Togliani, supported by Duo Fasano.[3] Starting from 1955 all the editions of the Festival have been broadcast live by the Italian TV station Rai 1.[4][5]

Between 1953 and 1971, except in 1956, each song was sung twice by two different artists, each one using an individual orchestral arrangement, to illustrate the meaning of the festival as a composers' competition, not a singers' competition. During this era of the festival, it was custom that one version of the song was performed by a native Italian artist while the other version was performed by an international guest artist.
...
[From Wikipedia, the free encyclopedia]

eliasamitola added this to have watched list 3 years, 1 month ago