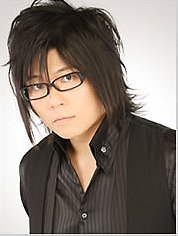 5. Bleach: Memories of Nobody (2006)
View all Toshiyuki Morikawa movies

2. Crayon Shin-chan: Shrouded in Mystery! The Flowers of Tenkazu Academy

5. The World's Finest Assassin Gets Reincarnated in Another World as an Aristocrat
View all Toshiyuki Morikawa TV