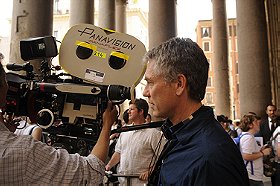 View all Tony Gilroy pictures
Anthony Joseph Gilroy is an American screenwriter and filmmaker. He wrote the screenplays for the first four films of the Bourne series starring Matt Damon, among other successful films, and directed the fourth film of the franchise. He was nominated for Academy Awards for his direction and script for Michael Clayton, starring George Clooney. Gilroy wrote and directed Duplicity, starring Julia Roberts and Clive Owen, and co-wrote Rogue One: A Star Wars Story.
Tags: American (1)
My tags:

1. For Better and for Worse

1. For Better and for Worse