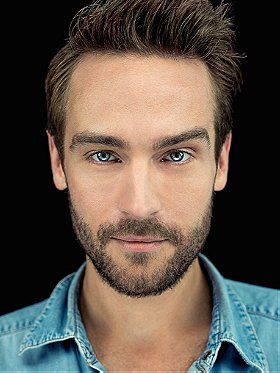 49 votes
My crushes through the years (24 items)
list by MissHarleyQuinn
Published 9 years, 2 months ago

Known for his work in the European premiere of Andrew Bovell's When the Rain Stops Falling at the Almeida Theatre; Posh by 'Laura Wade' at the Royal Court Theatre in (2010) and the Duke of York's Theatre in London's West End in (2012); and playing Prince Hal in Henry IV Parts 1 and 2, directed by 'Sir Peter Hall'.

He trained at the Webber-Douglas Academy.

In 2008 he and his Webber Douglas contemporary 'Rupert Friend' filmed the short The Continuing and Lamentable Saga of the Suicide Brothers which they wrote and in which they play the title characters with 'Keira Knightley' as The Fairy. The film had its premiere screening in London in June 2009.

1. The Continuing and Lamentable Saga of the Suicide Brothers (2009)

1. The Continuing and Lamentable Saga of the Suicide Brothers (2009)

Magdalena added this to a list 1 year, 2 months ago
Actors (older) (811 person items)

concatenation added this to a list 1 year, 5 months ago
Good Faces//Man (327 person items)

Emmabell added this to a list 4 years, 4 months ago

narinart voted for an image 4 years, 6 months ago