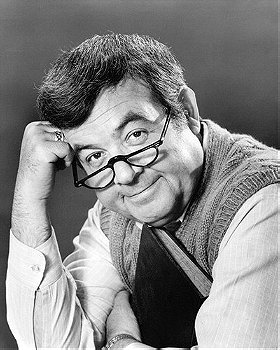 His daughter, Amy Baer, has given him 3 grandchildren. Amy had guest-starred several times on her father's TV series "Happy Days" (1974).

Originated the role of Belle's father, Maurice, in the Broadway Production of the Disney musical 'Beauty and the Beast'.

Along with Henry Winkler and Marion Ross, he is one of only three actors to appear in every episode of "Happy Days" (1974).

Starred in two different Sitcoms based on "Love, American Style" (1969) sketches. "Wait Till Your Father Gets Home" (1972) and "Happy Days" (1974) Even played the original character in "Love and the Old-Fashioned Father" segment.

Trained at the Radio Institute of Chicago and had two years' experience in various dramatic radio programs and stock companies.

Made his stage debut in "Our Town" with the Canterbury Players at the Fine Arts Theatre in 1947.

Served in the United States Navy.

Loved baseball and originally wanted to be a sports announcer.

3. The Father, the Son and the Holy Fonz

Agent Kermit D. Fonz added this to a list 6 months, 2 weeks ago

Defenestrated Jack added this to a list 11 months, 1 week ago

Dark Warrior added this to a list 5 years, 7 months ago