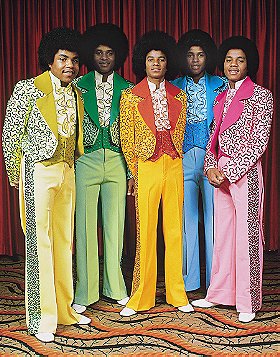 3 comments
View all The Jackson 5 lists 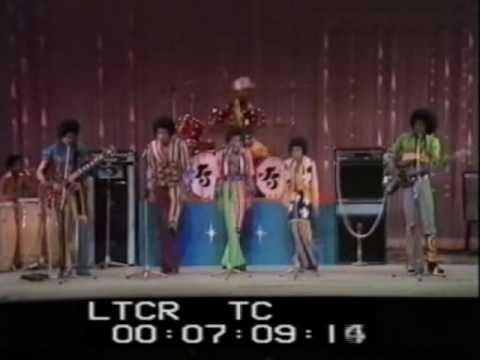 View all The Jackson 5 videos

The Jackson 5 were one of very few in recording history to have their first four major label singles ("I Want You Back", "ABC", "The Love You Save", and "I'll Be There") reach the top of the Billboard Hot 100.[2] Several later singles, among them "Mama's Pearl", "Never Can Say Goodbye" and "Dancing Machine", were Top 5 pop hits and number-one hits on the R&B singles chart. Most of the early hits were written and produced by a specialized songwriting team known as "The Corporation"; later Jackson 5 hits were crafted chiefly by Hal Davis, while early Jacksons hits were compiled by the team of Gamble and Huff before The Jacksons began writing and producing themselves in the late 1970s.

Significantly, they were one of the first black teen idols to appeal equally to white audiences, thanks partially to the successful promotional relations skills of Motown Records CEO Berry Gordy. With their departure from Motown to CBS in 1976, The Jacksons were forced to change their name and Jermaine was replaced with younger brother Randy as Jermaine chose to stay at Motown. During these years, they continued to have a number of hits such as "Enjoy Yourself", "Shake Your Body (Down to the Ground)", "Show You the Way to Go", and "Blame It on the Boogie". After two years under the Philadelphia International Records label, they signed with Epic Records and asserted control of their songwriting, production, and image, and their success continued into the 1980s with hits such as "Can You Feel It", "This Place Hotel", "Lovely One", and "State of Shock". Their 1989 album 2300 Jackson Street was recorded without Michael and Marlon, although they did appear on the title track. The disappointing sales of the album led to the group being dropped by their record label at the end of the year. The group has never formally broken up, but has been dormant since then, although all six brothers performed together at two Michael Jackson tribute concerts in September 2001. After Michael's death in June 2009, the group announced a 2012 reunion tour, The Unity Tour, although Randy did not take part.
... (more) (less)
Tags: Usa (1), Michael Jackson (1), Randy Jackson (1), Tito Jackson (1), Marlon Jackson (1), Jermaine Jackson (1), Jackie Jackson (1)
My tags:

1. Now And Then: Music From The Motion Picture

5. The Best of Jackson 5 - The Christmas Collection: 20th Century Masters
View all The Jackson 5 music (9 more)

moviebuff added this to a list 6 years, 9 months ago
Most Influential Musicians Of All Time (171 person items)