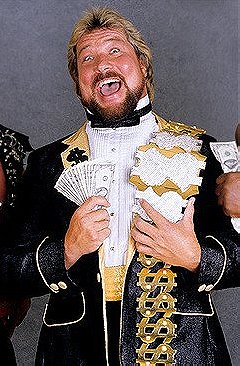 5. WWE: Before They Were Superstars 2
View all Ted DiBiase movies (38 more)

"Ted DiBiase (1st reign)February 5, 1988 - February 13, 1988 (8 days)Immediately after winning the title from Hulk Hogan, André the Giant handed the championship belt to Ted DiBiase, but WWF President Jack Tunney ruled this as vacating the title and therefore DiBiase's reign is not recognized by WWE, albeit he was announced as such in the following days and even defended the title once against Bam Bam Bigelow in a February 8, 1988 live event.VacatedFebruary 13, 1988 - March 27, 1988 WWF Preside"