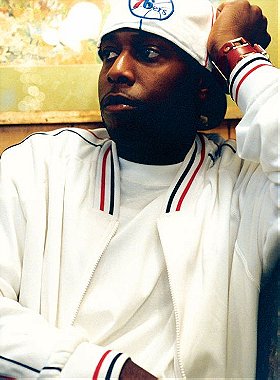 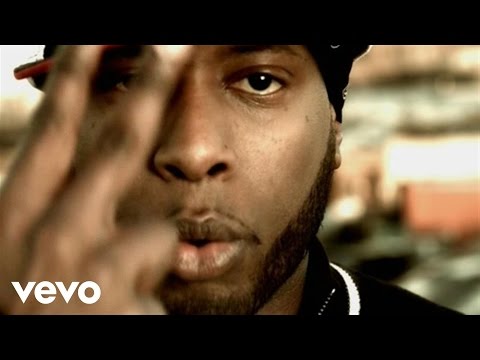 Talib Kweli - Get By

The Beautiful Struggle is the second solo album by American rapper Talib Kweli. The album was released in 2004, and features guest appearances by rappers such as Common and Jean Grae. The Beautiful Struggle, as with all of Talib Kweli's work, focuses on the serious side of rap, providing an alternative to today's mainstream gangsta rap and pop rap.

The album featured production from Kanye West, The Neptunes, Supa Dave West, Just Blaze & Hi-Tek. The first single off the album, "I Try" featuring Mary J. Blige, was fairly popular as a music video, followed by the second single "Never Been In Love".

Eardrum is the fourth solo album from American hip hop artist Talib Kweli. The album was his Warner Bros. Records debut with his first album on his own label, Blacksmith Records. It was engineered by Joel Hamilton, Ryan Kennedy, Mike Houge and Dave Dar. Eardrum was released on August 21, 2007 on the Blacksmith Records label with distribution handled by Warner Bros. Records and received mostly favorable reviews.
Talib posted a page on his website where he describes his whole album track by track, allowing fans to listen to every song.
Eardrum debuted at number 2 on the U.S. Billboard 200, selling about 60,000 copies in its first week, making it Kweli's highest debuting album to date. On its second week it fell to #20 with sales of 25,000 copies, selling a total of 85,500 units.
Bonus tracks on the International release of the album included "Take It Back" featuring Marsha of Floetry, produced by Karriem Riggins and "Getting My Grown Man On" featuring Little Brother, produced by Midi Mafia (also appeared on Little Brother's "and Justice for All" mixtape).

Gutter Rainbows is the fourth solo album from American hip hop artist Talib Kweli. The album will be the first to be released by his imprint Talibra. The album was originally intended to be released in only a digital format. However, on November 16th, 2010, it was announced that Duck Down Records will step in to see the album gets a CD release. This will include an import edition and a special edition with extras. In its first week, the album sold 13,900 copies in the United States. As of February 9, 2011, the album has sold 19,000 copies in the United States. ... (more) (less)
Tags: Rap (1), Hip Hop (1), Hip-hop (1), American (1), Entrepreneur (1), Born 1975 (1), Social Activist (1), Recording Artist (1), Active 1995 (1)
My tags:

Dj Levels voted for an image 6 months, 2 weeks ago

omnivorousrex added this to a list 7 months, 1 week ago
Tribute...Black excellance (161 person items)

Dj Levels voted for an image 4 years, 1 month ago