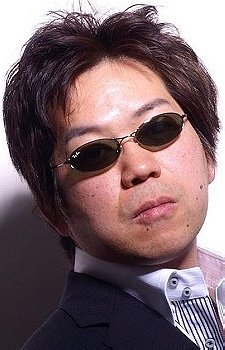 Career:
Watanabe was born in Kyoto. After joining the Japanese animation studio Sunrise, he supervised the episode direction and storyboards of numerous Sunrise anime, and soon made his directorial debut as co-director of the well-received Macross update, Macross Plus. His next effort, and first full directorial venture, was the 1998 series Cowboy Bebop, which received universal praise and is considered by many to be one of the greatest anime series of all time. It was followed by the 2001 film Knockin' on Heaven's Door. In 2003, Watanabe directed his first American-produced anime, the short films Kid's Story and A Detective Story, both part of The Wachowskis' The Animatrix, an anthology of animated short stories from The Matrix. His next directorial effort was the critically acclaimed 2004 anime series Samurai Champloo which began broadcasting on Fuji Television in Japan on May 19, 2004.

Following the release of Samurai Champloo, Watanabe directed a short film called Baby Blue which was released on July 7, 2007 as a segment of the anthology film Genius Party. In recent years, he has been active as a creative music producer, overseeing the 2004 film Mind Game, 2008's Michiko & Hatchin, and supervising the storyboards for episode 12 of Tetsuwan Birdy: Decode. In 2012, he directed the anime series Kids on the Slope (Japanese title: Sakamichi no Apollon), a coming-of-age story about young jazz musicians, which premiered in April 2012 on Fuji TV's Noitamina block.

In 2009 it was announced that Watanabe would be working as an associate producer on the upcoming live-action adaptation of Cowboy Bebop, alongside his fellow Sunrise staff members Kenji Uchida and Keiko Nobumoto. As of 2014, the project is in hiatus. During FicZone in Granada, Spain, it was reported that Watanabe was collaborating with anime studio BONES on a space science-fiction comedy. BONES subsequently confirmed that the studio was working with Watanabe, but did not confirm the genre of the series. In late 2013, the original trailers for Space Dandy were released to the public. The dubbed version premiered on Adult Swim on its Toonami block on January 4, 2014 in the United States, hours before airing in Japan. He is frequently ranked among Japan's best animation directors.

Watanabe directed the anime short film Blade Runner Black Out 2022, which was released in 2017. On November 29, 2018, it was announced that he would be creative producer of Blade Runner: Black Lotus, an anime series produced for Adult Swim and Crunchyroll. ... (more) (less)
Tags: Anime (1), Japanese (1), Director (1), Watanabe (1), Anime Director (1)
My tags:

3. The Vision of Escaflowne

3. The Vision of Escaflowne