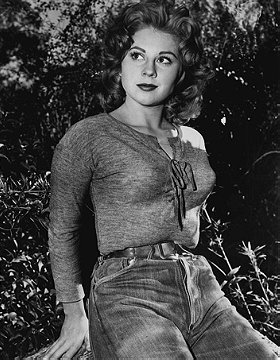 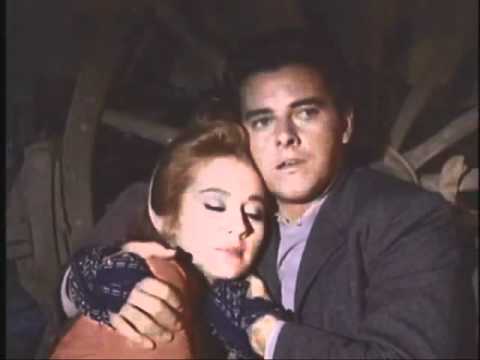 A Tribute to Sherry Jackson

Jackson may be best remembered for her role as older daughter Terry Williams on The Danny Thomas Show (AKA Make Room for Daddy) from 1953–58. During the course of her five years on the show, she established a strong bond with her on-screen mother, Jean Hagen, but Hagen left the series after the third season in 1956. Worn out from the relentless pace of producing the show, Jackson left the program once her five-year contract ended two years later.

Over the next few years, Jackson broadened her range of acting roles, appearing as a hit woman on 77 Sunset Strip, a freed Apache captive who yearns to return to the reservation on The Tall Man, an alcoholic on Mr. Novak, an unstable mother-to-be on Wagon Train, and a woman accused of murder on Perry Mason. She then made guest appearances on Lost in Space, Batman and the original Star Trek series. On the last program, she made one of her more memorable portrayals as the android "Andrea" in the episode "What are Little Girls Made Of?".

When Blake Edwards remade the Peter Gunn television series as a feature film entitled Gunn in 1967, Jackson was filmed in a nude scene that appeared only in the international version, not the U.S. release. Stills of the nude scene appeared in the August 1967 issue of Playboy magazine, in a pictorial entitled "Make Room For Sherry". The movie has not yet been released on VHS or DVD.

That same year Jackson began a five-year relationship with business executive and horse breeder, Fletcher R. Jones, a union that ended on November 7, 1972, when Jones was killed in a plane crash eight miles east of Santa Ynez Airport in Santa Barbara County, California. Five months after Jones' death, Jackson filed suit against his estate, asking for more than $1 million, with her attorneys stating that Jones had promised to provide her with at least $25,000 a year for the rest of her life. The litigation proved to be unsuccessful.

Kendraatje voted for an image 1 year, 8 months ago

Scott Newman voted for an image 2 years, 1 month ago

Scott Newman added this to a list 2 years, 1 month ago
Most beautiful women EVER and beyond (2628 beauty items)

WiscMisc voted for an image 4 years, 10 months ago

A Tribute to Sherry Jackson

TrekMedic added this to a list 5 years, 4 months ago

"As Andrea in Star Trek,... And as Pauline in Batman "

Dave voted for an image 5 years, 5 months ago

Atomic Cinema added this to a list 5 years, 7 months ago
Lost in Space Lasses (22 person items)

FLAVIUS voted for an image 5 years, 9 months ago

Atomic Cinema added this to a list 5 years, 10 months ago
Babes of Batman (113 person items)

Viro voted for an image 5 years, 10 months ago