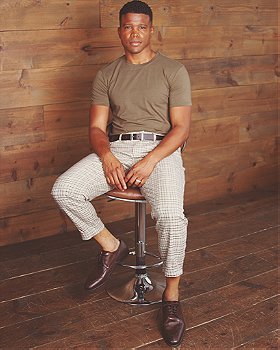 He was born in Pittsburgh, and raised in Chicago.

Dad David is a judge of the Circuit Court of Cook County.

Mom Jacqueline is a Executive Minister at Power Circle Congregation and Attorney.

Sister Makeba is a mechanical engineer.

Technically earned a degree from Northwestern University in 1999, though he partook in the graduation ceremonies for the c/o '97.

Worked as a Victoria's Secret stock boy in Chicago.

5. Straight from the Horses Mouth
View all Sharif Atkins movies

Defenestrated Jack added this to a list 2 months, 3 weeks ago