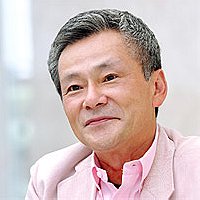 1 vote
View all Shûichi Ikeda pictures
Japanese actor and narrator from Tokyo, Japan. Ikeda is married to Sakiko Tamagawa, although he was once married to Keiko Toda. He currently works for Tokyo Actor's Consumer's Cooperative Society. He is best known for his role as Char Aznable in multiple Gundam series, Shuichi Akai from Detective Conan, and Red-Haired Shanks from One Piece. He is also the official Japanese dubbing roles for Jet Li.
Tags: Short (1)
My tags:

Muzui added this to a list 2 months, 3 weeks ago
Seiyuus (114 person items)