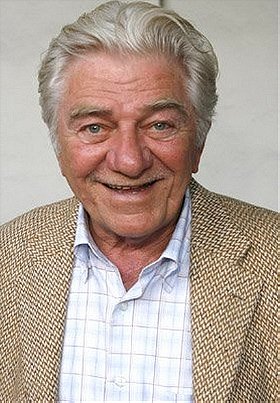 Cassel's early career was tied to Cassavetes, who himself had a flourishing career as an actor on television and in major Hollywood productions in addition to becoming, arguably, the first great independent movie director after the collapse of the studio system in the late 1950s/early 1960s. As for Cassel, after his uncredited role in "Shadows," he co-starred with Cassavetes in The Webster Boy (1962) and Too Late Blues (1961) before winding up in support of his friend in Don Siegel's Código del hampa (1964), a movie shot for TV that had to be released theatrically due to its heightened violence (it was also Ronald Reagan's last movie). Cassel primarily made his living on TV in the 1960s, frequently typecast as beatniks and hippies. He had a supporting role in the Cassavetes-directed episode "A Pair of Boots" (1962) for The Lloyd Bridges Show (1962) as well as appearing on such popular programs as Almas en la hoguera (1964), Hazañas bélicas (1962) and F.B.I. (1965) before scoring with his aging hippie in "Faces" at the end of that tumultuous decade.

Along with "Shadows," "Faces" remains his favorite Cassavettes film. In addition to acting, Cassel was also a crew member on the film, as the technical staff numbered all of seven. He helped shoot the film as a second cameraman, as well as adjusting the lighting. As the film was financed by Cassavettes himself, there were no union regulations to deal with, nor a studio schedule to keep.

Several of Cassavettes' films were shot in continuity, so the actors could develop a character in sequence--similar to stage acting--rather than the traditional method of film making, which is shot out of sequence. Cassel has stated that this technique enhanced the success of his works by eliminating the "fourth wall" between the audience and the actors. He believes that acting tells the film's story, not the images and that what is important is how the audience relates to the characters on screen.

In addition to appearing in studio films, Cassel has remained prominent in the American independent film community since the death of his friend and collaborator. He contributed a cameo appearance in the directorial debut of Steve Buscemi (with whom he appeared as a co-star in the black comedy En la sopa (1992)), Trees Lounge - Una última copa (1996), and has appeared in three films by Wes Anderson: Academia Rushmore (1998), Los Tenenbaums. Una familia de genios (2001) and Life Aquatic (2004).

Agent Kermit D. Fonz added this to a list 4 months, 3 weeks ago
Gone, but not forgotten (1230 person items)

ercer added this to a list 2 years, 7 months ago
Rest in Peace (422 person items)

Oliver voted for an image 3 years, 11 months ago

milica added this to a list 4 years, 7 months ago
My Favorite Actors (309 person items)

milica added this to a list 5 years, 3 months ago