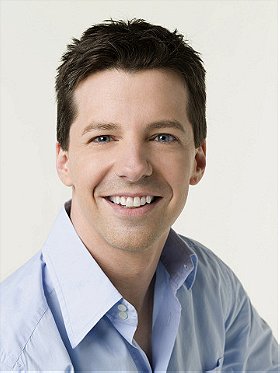 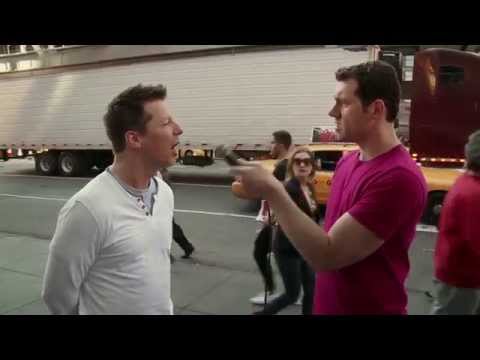 Who's the Most Famous Person Sean Hayes Can Get On His Phone?

Attended Illinois State University in 1992, where he studied music and theatre.

As a teenager, Sean Hayes was an extra in Winona Ryder's first movie Lucas (1986) filmed at Sean's High School in Glen Ellyn, Ill.

The first thing he bought after he made some money was a concert grand piano.

He saved a man's life in 2001. Courtney Cunninghan, 33, reported that two men stopped him near the driveway of his Los Angeles home, and then robbed him and shot him in the leg. Hayes who was driving in L.A.'s mid-Wilshire district when he noticed Cunningham lying in the street. The actor then pulled over to help the victim, ripping off his shirt and pressing it against Cunningham's wound to stop the bleeding. He then called 911 on his cell phone and waited for paramedics to arrive.

Was listed as a potential nominee on the 2004 Razzie Award nominating ballot. He was suggested in the Worst Supporting Actor category for his performance in the film El gato (2003), however, he failed to receive a nomination.

Wanted to start a spin off series of Will y Grace (1998), but after seeing what happened to Joey (2004) on NBC, he decided against it.

He is of Irish ancestry.

2. Before We Turn To Dust

1. Before We Turn To Dust

IsabellaSilentRose added this to a list 4 years, 10 months ago
SAG Awards 2018 (138 person items)

IsabellaSilentRose added this to a list 6 years, 5 months ago
Tony Awards 2016 (92 person items)