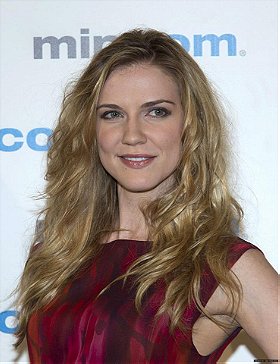 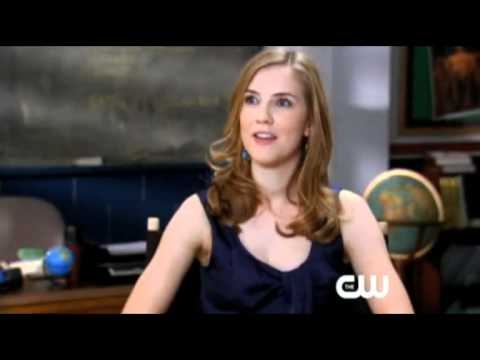 TVD - The Truth Behind Jenna 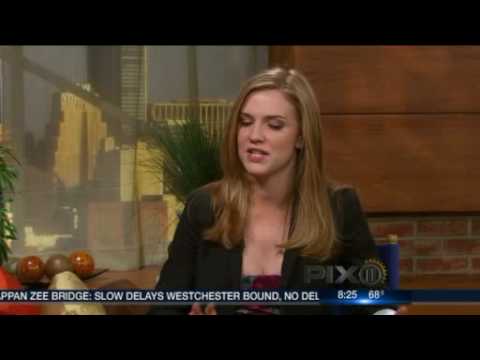 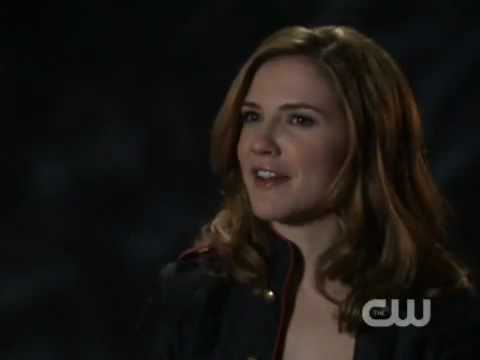 Jenna (Sara Canning) ~ Connections To Talk About - The Vampire Diaries

Canning made her professional acting debut in George Orwell's 1984 at the Citadel Theatre in Edmonton at the age of 18. She began studying general arts at the University of Alberta, and considered going into journalism. Still interested in performing, Canning left university and moved to Vancouver at 19, to pursue a career in acting. She graduated from a year-long acting program at the Vancouver Film School.

Canning found an agent and began acting in television series and in TV films produced in Vancouver. She worked in a restaurant and would take time off to film. Her first role was playing Nicky Hilton in Paparazzi Princess: The Paris Hilton Story in 2008. In 2009, she guest-starred on Smallville and Kyle XY, and starred in the based-on-real-events TV movie Taken in Broad Daylight as Anne Sluti, a 17-year- old girl who is abducted by a demented criminal (James Van Der Beek).

Canning filmed a television pilot for The CW series The Vampire Diaries. She then starred in the feature film Black Field, directed by Danishka Esterhazy, a gothic 19th Century period piece. Canning shot the drama in May 2009 near Tyndall, Manitoba, Canada for close to 20 days. She played Maggie McGregor, the older of two Scottish sisters struggling take make their way on the Canadian Prairies. The film premiered at the Vancouver International Film Festival in 2009. Three weeks after filming Black Field, Canning got the news that The Vampire Diaries had been picked up as a television series.

Canning co-starred on The Vampire Diaries as Jenna Sommers, the aunt and guardian of Elena Gilbert (Nina Dobrev) and her younger brother Jeremy (Steven R. McQueen). Canning was the same age, or younger, than her fellow cast members who played high school students. Makeup artists and the wardrobe team worked to make her look older than she usually did. Canning also downplayed her Canadian accent for the role. Her character's love interest, Alaric, was played by Matthew Davis.

Canning appeared on the second season of The Vampire Diaries. Her character was killed in the episode, "The Sun Also Rises". As of 2011, Canning was working on a short film noir, and shooting a Lifetime Network film in Vancouver, Hunt for the I-5 Killer. She is also interested in writing and directing. As of September 2010, Canning was co-writing a love story set in the Western time period. She signed on to play the lead in the Canadian horror film, Blitzed.

L90 added this to a list 3 months, 3 weeks ago
Different Kinds of Beauty (730 person items)

romison18 voted for an image 9 months, 1 week ago

itscananarsln voted for an image 1 year, 11 months ago

Magdalena added this to a list 2 years, 1 month ago
Actresses (older) (553 person items)

Dragonslayer voted for 31 images [View All] 2 years, 7 months ago

cekadidas voted for an image 2 years, 8 months ago

ChihuahuaDaddy voted for an image 2 years, 9 months ago

lalabellexoxo added this to a list 3 years, 6 months ago
My Prettiest Women In Entertainment List 2016 (550 person items)

psow voted for an image 3 years, 6 months ago

LorrieSalvatore voted for an image 3 years, 11 months ago

JaimeLeah voted for an image 4 years ago

lechat voted for an image 5 years ago

naimadahmer added this to a list 5 years, 4 months ago
Gender swap (choose your fav) (75 person items)

psow voted for an image 5 years, 5 months ago