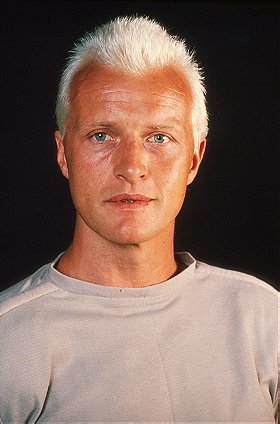 254 votes
Around the world with Listal's members (105 items)
list by johanlefourbe
Published 11 years, 7 months ago 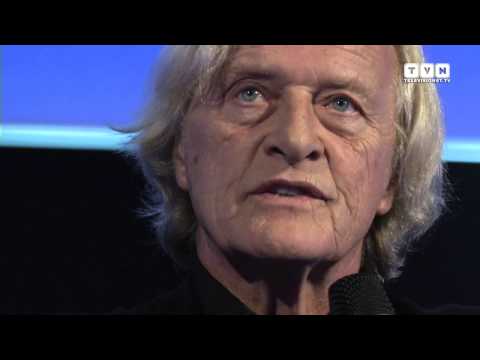 Born in the Netherlands, Hauer first gained attention for his work with Dutch director Paul Verhoeven, who cast him in his first lead role, in 1973's Turkish Delight, followed by Keetje Tippel. Hauer went on to star in Verhoeven's Soldier of Orange, earning worldwide acclaim for his performance as a brave underground soldier. His subsequent collaborations with Verhoeven include Spetters and Flesh+Blood.

In 1981, Hauer appeared in his first American film, the actioner Nighthawks, in which he squared off with Sylvester Stallone. The next year, he starred as the brilliant but brutal combat replicant, Roy Batty, in the groundbreaking futuristic drama Blade Runner, with Harrison Ford. His long list of film credits also includes Sam Peckinpah's The Osterman Weekend; Richard Donner's Ladyhawke; The Legend of the Holy Drinker, for which he won several film festival awards; Phillip Noyce's Blind Fury; Past Midnight, opposite Natasha Richardson; the original Buffy the Vampire Slayer; Nostradamus; George Clooney's Confessions of a Dangerous Mind; and Sin City, for directors Frank Miller and Robert Rodriguez.

On television, Hauer won a Golden Globe Award for Best Supporting Actor in a Miniseries or Motion Picture Made for Television for his performance in the true-life telefilm Escape from Sobibor. He earned another Golden Globe nomination in the same category for his work in Fatherland. He has also starred in such longform projects as Inside the Third Reich, Amelia Earhart: The Final Flight, Hostile Waters, Merlin, The 10th Kingdom, and Salem's Lot.

Behind the camera, Hauer co-directed (with Erik Lieshout) a short entitled The Room, in which he also starred. Based on the story by Dutch writer Harry Mulisch, it won the award for Best Short Film at the 2001 Paris Film Festival. In 2006, he formed the Rutger Hauer Filmfactory to bring aspiring, young talents together with renowned, international filmmakers, who are able to share their knowledge and experience. Hauer also established the I've Seen Films - International Film Festival, which is held annually in Milan, Italy.

Hauer's autobiography, All Those Moments: Stories of Heroes, Villains, Replicants, and Blade Runners, was published in 2007, with all proceeds going to charity.

1. Flight of the Storks

1. All Those Moments: Stories of Heroes, Villains, Replicants, and Blade Runners (2008)

1. All Those Moments: Stories of Heroes, Villains, Replicants, and Blade Runners (2008)

Agent Kermit D. Fonz added this to a list 3 months, 1 week ago
Gone, but not forgotten (1513 person items)

HoshinoOtaku98 voted for 9 images [View All] 1 year, 4 months ago

Oliver voted for an image 1 year, 9 months ago

Kandi voted for an image 2 years, 11 months ago

Kandi voted for an image 2 years, 11 months ago

SwtChaos added this to a list 2 years, 11 months ago

ercer added this to a list 3 years, 1 month ago
Rest in Peace (440 person items)

TrekMedic voted for 6 images [View All] 3 years, 2 months ago

hollywood4ever added this to a list 3 years, 3 months ago

Nikki added this to a list 3 years, 11 months ago
Celebs from Abroad (33 person items)

doombrain added this to a list 4 years, 2 months ago

Kandi voted for 8 images [View All] 4 years, 3 months ago

chloe51 posted a comment on this image 4 years, 11 months ago

"tried to post on my collection - no memory of posting this here. thousands of pics ago"

darthjoker12 added this to a list 5 years, 5 months ago