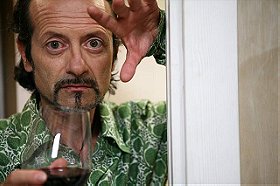 Born in Lauria (Basilicata), he moved to Rome to study math at university but left soon to attend the theatre school. He made his theatrical debut in 1985 acting Sussurri rapidi by Salvatore di Mattia.

In 1989, he made his first cinema appearance in Senza Pelle, directed by Alessandro D'Alatri and appeared in the television series Classe di ferro.

He is known for his long collaboration with director Leonardo Pieraccioni. He also starred in films like Amalfi: Rewards of the Goddess (2009) by Hiroshi Nishitani and What a Beautiful Day (2010) by Gennaro Nunziante.

5. All Human Rights for All (2008)
View all Rocco Papaleo movies