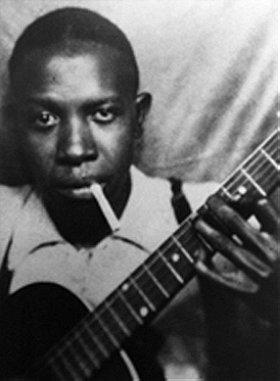 120 votes
i was murdered/assassinated (28 items)
list by Severin Severin
Published 10 years, 2 months ago

63 votes
A Death For Every Year (107 items)
list by Severin Severin
Published 9 years, 3 months ago 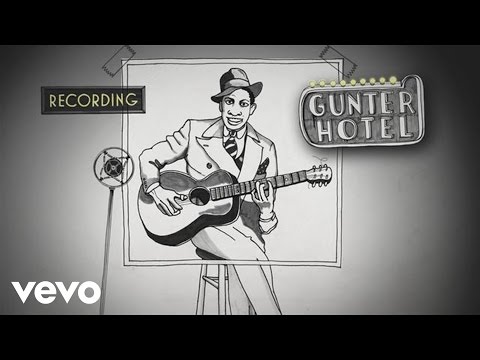 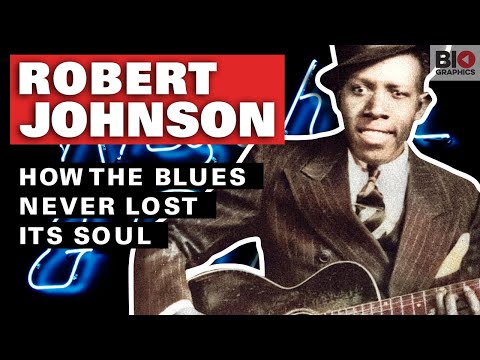 Robert Johnson: How The Blues Never Lost Its Soul

Johnson's shadowy, poorly documented life and death at age 27 have given rise to much legend, including the Faustian myth that he sold his soul at a crossroads to achieve success. As an itinerant performer who played mostly on street corners, in juke joints, and at Saturday night dances, Johnson had little commercial success or public recognition in his lifetime.

Johnson's records sold poorly during his lifetime. It was only after the reissue of his recordings in 1961 on the LP King of the Delta Blues Singers that his work reached a wider audience. Johnson is now recognized as a master of the blues, particularly of the Mississippi Delta blues style. He is credited by many rock musicians as an important influence; Eric Clapton has called Johnson "the most important blues singer that ever lived." Johnson was inducted into the Rock and Roll Hall of Fame as an "Early Influence" in their first induction ceremony in 1986.

3. The Rolling Stones: The Devil's Jukebox

Onion Jack voted for an image 6 days, 18 hours ago

Darknight voted for an image 10 months ago

lovedriver voted for an image 10 months, 1 week ago

Robert Johnson: How The Blues Never Lost Its Soul

Eric Apple added this to Rated list 2 years, 9 months ago

PCA added this to a list 3 years, 1 month ago
Músicos/Musicians. (143 music items)

Dj Levels voted for an image 4 years, 3 months ago

rollcallaction rated this 5/10 4 years, 4 months ago