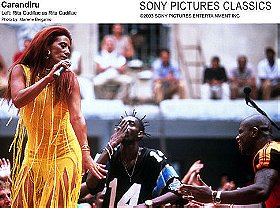 In 1982, she co-starred with Gretchen in the pornochanchada Aluga-se Moças and made a brief cameo appearance as herself in the 2003 film Carandiru.

At Brazilian local elections in 2008, she ran as a candidate of Brazilian Socialist Party for Praia Grande city council.

In April 2010, the documentary Rita Cadillac - A Lady do Povo was released in Brazil. The film depicts her life since childhood until 2007 (year of production). ... (more) (less)
My tags: