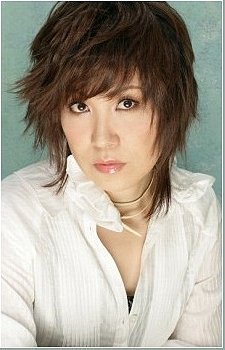 After early stage work, she began both voice acting and singing careers. The most popular role by Rica is Satoshi (Ash Ketchum in English translations), the main character of the anime series Pokémon. She also had a role in the Yu-Gi-Oh series as Ryo Bakura and Yami Bakura. As such, Matsumoto has taken on roles for young boys. Matsumoto also performs the songs for many of the openings for the Japanese Pokémon anime.

Matsumoto has had lead or supporting roles in dozens of series. She has also had a radio show in Japan and does some dubbing work for translations of American films and TV series into Japanese. She announced in April 2008 she was taking time off from the group and her solo work. ... (more) (less)
Tags: Japanese (1), Singer (1), Pokemon (1), Voice Actor (1), Ash Ketchum (1)
My tags:

1. Pokémon the Movie: Secrets of the Jungle

5. You're Under Arrest
View all Rica Matsumoto movies (36 more)

Muzui added this to a list 9 months, 1 week ago
Seiyuus (118 person items)