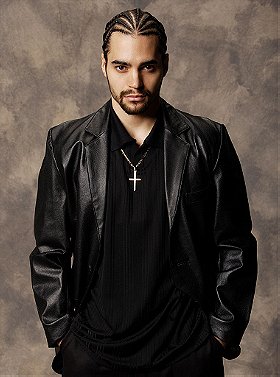 Rodriguez grew up on Manhattan's Lower East Side and started his career in a Nike Freestyle competition which led to the Nike Freestyle tour and a series of Nike commercials. Guest star television appearances on Law & Order: SVU and Rescue Me soon followed.

Rodriguez's feature work also includes Paramount Pictures' tent pole film Transformers: Revenge of the Fallen, alongside Shia LaBeouf, Megan Fox, and John Turturro for director Michael Bay and The Taking of Pelham 1 2 3, for director Tony Scott with Denzel Washington, John Travolta, and John Turturro. He also moved audiences and critics alike in the role of Eduardo in the indie film Bella, which won the Audience Award at The Toronto Film Festival and has appeared in New Line's Pride and Glory with Edward Norton and Colin Farrell and in Surfer, Dude with Matthew McConaughey.

On television, Rodriguez played the role of Renaldo for Seasons 4 and 5 on HBO's critically acclaimed series The Wire and also starred in ABC's Day Break alongside Taye Diggs.

1. The Language of Ball

1. The Language of Ball