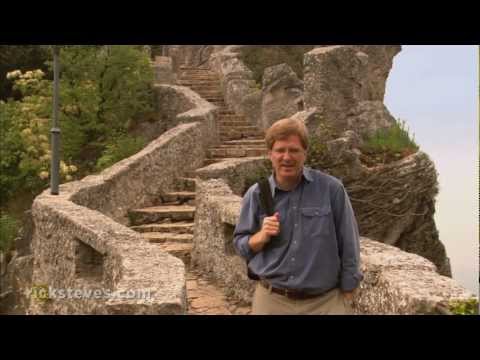 San Marino claims to be the oldest surviving sovereign state and constitutional republic in the world, as the continuation of the monastic community founded on 3 September 301, by stonecutter Marinus of Arbe. Legend has it that Marinus left Rab, then the Roman colony of Arba, in 257 when the future emperor, Diocletian, issued a decree calling for the reconstruction of the city walls of Rimini, which had been destroyed by Liburnian pirates.

San Marino is governed by the Leges Statutae Republicae Sancti Marini, a series of six books written in Latin in the late 16th century, that dictate the country’s political system, among other matters.

The country's economy mainly relies on finance, industry, services and tourism. It is one of the wealthiest countries in the world in terms of GDP (per capita), with a figure comparable to the most developed European regions. San Marino is considered to have a highly stable economy, with one of the lowest unemployment rates in Europe, no national debt and a budget surplus.

unicornsugar added this to a list 10 months, 1 week ago

IsabellaSilentRose added this to a list 10 months, 2 weeks ago

Rylvan voted for 3 images 1 year ago

sdepy83 voted for an image 1 year ago

Tommyblond added this to want to visit list 4 years, 1 month ago