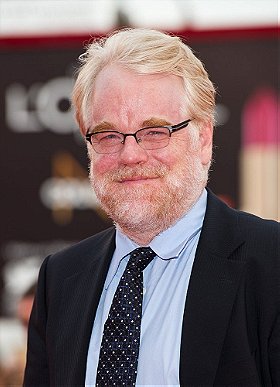 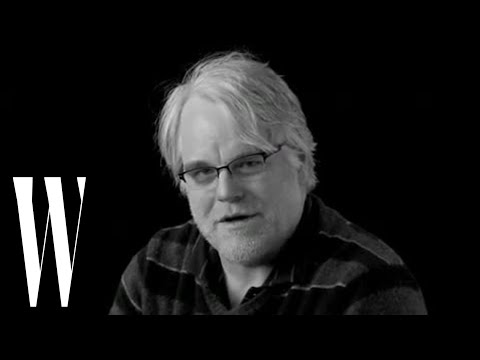 Philip Seymour Hoffman - Who Is Your Cinematic Crush? 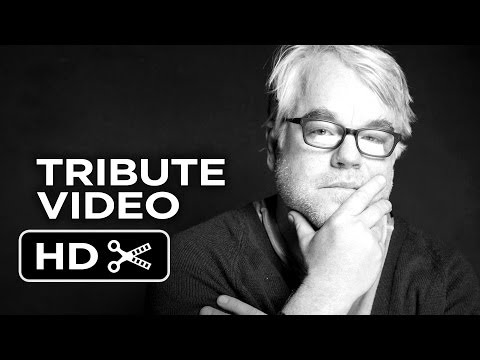 Hoffman is also quite active on the stage. On Broadway, he has earned two Tony nominations, as Best Actor (Play) in 2000 for a revival of Sam Shepard's "True West" and as Best Actor (Featured Role - Play) in 2003 for a revival of Eugene O'Neill (I)'s "Long Day's Journey into Night". His other acting credits in the New York theater include "The Seagull" (directed by Mike Nichols for The New York Shakespeare Festival), "Defying Gravity", "The Merchant of Venice" (directed by Peter Sellars), "Shopping and F*@%ing" and "The Author's Voice" (Drama Desk nomination). He is the Co-Artistic Director of the LAByrinth Theater Company in New York, for which he directed "Our Lady of 121st Street" by Stephen Adly Guirgis. He also has directed "In Arabia, We'd All Be Kings" and "Jesus Hopped the A Train" by Guirgis for LAByrinth, and "The Glory of Living" by Rebecca Gilman at the Manhattan Class Company.

Hoffman consolidated his reputation as one of the finest actors under the age of 40 with his turn in the title role of Capote (2005), for which he won the Los Angeles Film Critics Award as Best Actor. In 2006, he was awarded the Best Actor Oscar for the same role.

On February 1st, 2014, Philip Seymour Hoffman was found dead in an apartment in Greenwich, Connecticut. Investigators found Hoffman with a syringe in his arm and two open envelopes of heroin next to him. Mr. Hoffman was long known to struggle with addiction. In 2006, he said in an interview with "60 Minutes" that he had given up drugs and alcohol many years earlier, when he was age 22. In 2013, he checked into a rehabilitation program for about 10 days after a reliance on prescription pills resulted in his briefly turning again to heroin.

Characters often run through a large range of emotions

Had the flu the entire time he appeared in Almost Famous (2000).

With the exception of There Will Be Blood (2007), he appears in all of Paul Thomas Anderson's films.

Taught an advanced "Directing the Actor" class for one semester at Columbia University School of the Arts Graduate Film Division during 2003.

Received his Bachelor's degree in Drama from New York University, Tisch School of the Arts (1989).

Has appeared in three films with Julianne Moore: Boogie Nights (1997), The Big Lebowski (1998), and Magnolia (1999). They each then went on to appear in separate film in the Hannibal Lecter series. Moore played Clarice Starling in Hannibal (2001), and Hoffman played Freddie Lounds in Red Dragon (2002).

In his sophomore year of high school, he suffered an injury that prevented him from playing multiple sports.

Grew up in upstate New York, outside of Rochester, in the village of Fairport.

When asked who his acting idols were, he named Daniel Day-Lewis, Paul Newman, Meryl Streep and Christopher Walken.

Does not drink alcohol. He became sober when he was 22 years old and says that he quit because, "I was 22 and I was panicked for my life.".

Has appeared in The Talented Mr. Ripley (1999) and Red Dragon (2002). Both are remakes of earlier films (Purple Noon (1960) and Manhunter (1986)), and both feature him as a character named Freddie who is killed by the villain/title character.

While working as a lifeguard, he once met musician Miles Davis. Davis appeared in an episode of the television series Crime Story (1986), and shared a scene with Stephen Lang. Lang appeared in Manhunter (1986) as Freddy Lounds, the character Hoffman played in Red Dragon (2002).

His mother, Marilyn Hoffman Connor, is a judge in Rochester, New York.

After winning his Oscar for Capote (2005), he has been working with a filmmaker from his former high school in Fairport, New York, helping him with his project.
Goodfellas (1990) is one of his favorite films.

He won 23 awards for his performance in Capote (2005), including the coveted Oscar.

His parents divorced when he was 9.

Meet his girlfriend Mimi (a costumer designer) in 1999 while they were working in the play "In Arabia We'd All Be Kings".

Auditioned for the role of Cubby Barnes in Ransom (1996), which went to Donnie Wahlberg.

Law & Order: The Violence of Summer (1991), in which he appeared, also featured another actor named Philip Hoffman.

At New York University was a founding member of the notoriously short-lived and volatile theater company the Bullstoi Ensemble with actor Steven Schub and director Bennett Miller.

College roommates at New York University's Tisch School of the Arts with actor 'Steven Schub' (lead singer of ska band The Fenwicks) and Jimmie Corrieri (guitarist of The Fenwicks).

Upon accepting his Oscar for Capote (2005), Hoffman asked everyone to congratulate his mother, because "She brought up four kids alone, and she deserves a congratulations for that.".

Beat Heath Ledger for an Academy Award for Best Actor in 2005 for his title role in Capote (2005), and then lost to the late actor for the Best Supporting Actor in 2008 to Ledger's performance in The Dark Knight (2008).

Is one of seven actors to have won the Academy Award, B.A.F.T.A. Award, Critics' Choice Award, Golden Globe Award and S.A.G. Award for the same performance. The others in chronological order are Geoffrey Rush for Shine (1996), Jamie Foxx for Ray (2004), Forest Whitaker The Last King of Scotland (2006), Javier Bardem for No Country for Old Men (2007), Daniel Day-Lewis for There Will Be Blood (2007), Heath Ledger for The Dark Knight (2008), Christoph Waltz for Inglourious Basterds (2009), and Daniel Day-Lewis again for Lincoln (2012).

Was a huge fan of the New York Jets.

He worked with his namesake Philip Hoffman on Law & Order: The Violence of Summer (1991).

Was a huge fan of the crime drama series Breaking Bad (2008).

Is one of 8 actors who have received an Oscar nomination for their performance as a priest. The others, in chronological order, are: Spencer Tracy for San Francisco (1936) and Boys Town (1938); Charles Bickford for The Song of Bernadette (1943); Bing Crosby for Going My Way (1944) and The Bells of St.
Mary's (1945); Barry Fitzgerald for Going My Way (1944); Gregory Peck for The Keys of the Kingdom (1944); Karl Malden for On the Waterfront (1954); and Jason Miller for The Exorcist (1973). Tracy, Crosby and Fitzgerald all won Oscars for their performances.

Became a father for the 1st time at age 35 when his girlfriend Mimi O'Donnell gave birth to their son Cooper Alexander Hoffman in March 2003.

Became a father for the 2nd time at age 39 when his girlfriend Mimi O'Donnell gave birth to their daughter Tallulah Hoffman in November 2006.

Became a father for the 3rd time at age 41 when his girlfriend Mimi O'Donnell gave birth to their daughter Willa Hoffman on October 17, 2008.

Attended the premiere of Pirate Radio (2009) in Amsterdam, Netherlands. [April 2009]

In May 2013, Hoffman announced that he checked into substance abuse treatment center because he had started snorting heroin.

Hoffman was found dead, reportedly from a drug overdose, in his Manhattan apartment on February 2, 2014, exactly one day after the death (from pneumonia) of another Best Actor Oscar winner, 83-year-old Maximilian Schell (for Judgment at Nuremberg (1961)).

Kandi voted for an image 3 months, 1 week ago

henrik4075 added this to a list 3 months, 2 weeks ago
The Best of Philip Seymour Hoffman (34 movies items)

Dagobert added this to a list 6 months, 3 weeks ago

Agent Kermit D. Fonz added this to a list 10 months, 3 weeks ago
Gone, but not forgotten (1445 person items)

yellowhair voted for an image 2 years ago

Exclusive added this to a list 2 years, 2 months ago

" as Father Brendan Flynn in Doubt"

moviebuff added this to a list 3 years, 5 months ago
Entertainers Whom We Miss (106 person items)

PulpRoman added this to a list 3 years, 11 months ago
Favourite Actor and Actresses (43 person items)

cekadidas added this to a list 4 years, 8 months ago
Favorite Celebrities (Dead or Alive) (764 person items)

Exclusive added this to a list 4 years, 9 months ago

" as Truman Capote in Capote"

" as Andy in Before the Devil Knows You're Dead Runner up: Gust Avrakotos in Charlie Wilson's War "

" as Paul Zara in The Ides of March Runner up: Art Howe in Moneyball "

" as Lancaster Dodd in The Master"

" as Günther Bachmann in A Most Wanted Man"

MarkusT90 added this to a list 5 years, 4 months ago
My Favorite Actors (126 person items)

chloe51 voted for an image 5 years, 6 months ago

Oliver voted for an image 5 years, 11 months ago