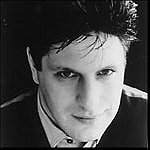 Marber wrote his first play "Dealer's Choice" in 1995. It opened at the Royal National Theatre in London in February 1995 in a production directed by the playwright. Marber had workshopped the show at the NT studio but now describes the decision to direct the production as "stupid" - his sole directorial experience at the time was directing a Steve Coogan show at the Edinburgh Festival. The play however was a success - it transferred to the West End and has won numerous awards including the 1995 Writer's Guild Award (Best West End Play) and the 1995 Evening Standard Award for Best Comedy of the Year. "Dealer's Choice" has been produced in many cities throughout the world including Melbourne, New York, Berlin, Chicago and Vienna.

"Closer", was awarded the 1998 Laurence Olivier Theatre Award for Best New Play of 1997 and the 1997 London Critics Circle Theatre Award (Drama) for Best New Play.. It transferred from the National Theatre to the West End, and has also played on Broadway (where he was nominated for the best new play Tony Award), toured the UK and been produced all over the world. In 2004 it was adapted for the screen by Mike Nichols. It's Swedish premiere was at The Royal Dramatic Theatre in Stockholm, starring Gunnel Fred, Jakob Eklund, Dan Ekborg and Melinda Kinnaman in 1998.

2. Alan Partridge: Why, When, Where, How and Whom?

2. Alan Partridge: Why, When, Where, How and Whom?

3. Speaking with the Angel

3. Speaking with the Angel