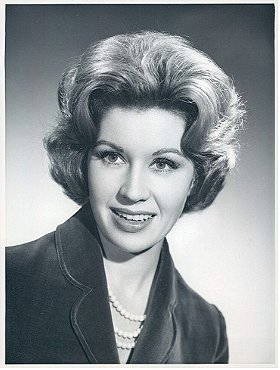 Crowley was featured in the film Forever Female (1953), starring Ginger Rogers and William Holden. She starred alongside the comedy team of Martin and Lewis in the 3-D film Money from Home (1953), as well as in their final film together Hollywood or Bust (1956).

Crowley made guest appearances in several television series in the 1950s and 1960s, including the pilot for The Untouchables, Crossroads, Riverboat, The DuPont Show with June Allyson, The Eleventh Hour, The Roaring 20s, Mr. Novak, The Twilight Zone, The Fugitive, The Man from U.N.C.L.E., 87th Precinct and Wanted: Dead or Alive (episode "Competition"). She starred from 1965 to 1967 as Joan Nash in the NBC sitcom Please Don't Eat the Daisies, based on the 1957 book by Jean Kerr and the 1960 Doris Day film of the same name.

A frequent guest star of popular series, Crowley also sang and danced on The Dean Martin Show and appeared in dramatic roles on the crime shows Charlie's Angels, Columbo, Police Woman, The Streets of San Francisco, Hawaii 5-0, and The Rockford Files, as well as sit-coms like Happy Days, The Love Boat, Empty Nest and, more recently, Frasier and Friends.

Crowley is known to a later era of television viewers for her roles on the serials Generations from 1989 to 1990, Port Charles from 1997 to 2003, and The Bold and the Beautiful in 2005. She also appeared in ten episodes of the nighttime soap opera Dynasty.

More recently, Crowley portrayed the widow of baseball's Roger Maris in the biopic 61*, directed by Billy Crystal. She appeared in a 2006 episode of The Closer and a 2009 episode of Cold Case.

Crowley is the daughter of Helen and Vincent Crowley, a mine foreman. In 1958, she married Edward Gregory Hookstratten, who became an entertainment and sports lawyer. They had two children, Jon (born 1958) and Ann (born 1960). After their two-decade marriage ended, she wed producer Andy Friendly in 1986.

Crowley was often confused with her acting contemporary Kathleen Crowley, who appeared as guest leading lady in different episodes of most of the same television series. The two Crowleys never appeared together, however, and were not related. Fess Parker noted in his Archive of American Television interview that there were two actresses named Crowley whom everyone was always mixing up, one tall (Pat) and one short (Kathleen), and that he was paired for one project, despite being six and half feet tall, with the shorter Crowley.

In the 1950s, Crowley rotated her billing from "Patricia Crowley" to "Pat Crowley" and back again, even on some of the same television series, including Maverick. ... (more) (less)
My tags:

giannicorso73 voted for 8 images [View All] 3 months, 1 week ago

mychaloh voted for 6 images [View All] 5 years, 7 months ago

heel99 voted for an image 5 years, 8 months ago