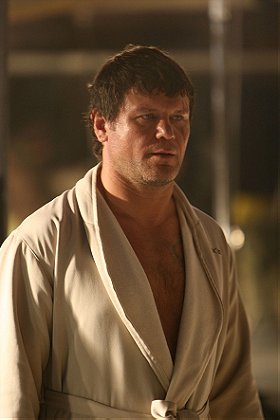 Born in 1967 in the secret Siberian town of Arzamas-16, Taktarov wanted to be a scientist. By age 12, however, he had distinguished himself in the martial arts of sambo and judo. He began competing and later joined the Russian Army, where he became a self-defense and counter-terrorist instructor for three years. By the time he left Russia in late 1994, he was a four-time European and Asian Jiu-jitsu Champion and twice won the World Sambo Championships. His reputation for enduring pain and beating opponents from many different martial arts styles pushed Taktarov into the elite world of no-rules fighting tournaments. In the U.S., he quickly came to prominence by winning the grueling Ultimate Fight Championships two years in a row, earning him the nickname the Russian Bear. ... (more) (less)
Tags: Martial Artist (1), National Treasure (1), Predators (1), Bad Boys II (1), Ruso (1), 1960s Births (1), Russian Male (1)
My tags:

bluemelody voted for an image 4 years ago