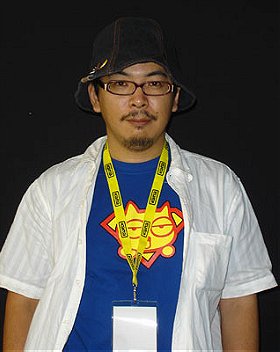 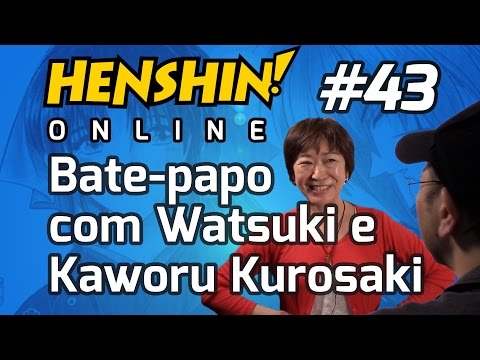 Early life:
Watsuki was born in Tokyo and was brought up in Nagaoka, Niigata. When he was in middle school, Watsuki practiced kendo. He still drew manga but also enjoyed sports, although he never won a kendo match. Watsuki grew frustrated with kendo, and eventually quit. When he was challenged to come up with a new character for Rurouni Kenshin, he used his outlook on kendo for a base of Myōjin Yahiko.

Career:
In high school, Watsuki received an honorable mention in the 33rd Tezuka Awards for his 1987 one-shot Teacher Pon, which he wrote under the pen name "Nobuhiro Nishiwaki". Hokuriku Yūrei Kobanashi earned him the Hop Step award. It was included in Hot Step Award Selection volume 6 in 1991. After graduating, Watsuki moved to Tokyo and worked as an assistant to Yōichi Takahashi and Takeshi Obata. Watsuki worked on Obata's Mashin Bōken Tan Lamp-Lamp and Chikara Bito Densetsu, the former's title character would later serve as a model for Sagara Sanosuke.

Watsuki then created three historically-set samurai-themed one-shots; Crescent Moon in the Warring States, and two sharing the title Rurouni: Meiji Swordsman Romantic Story. Set in the Sengoku Jidai era of Japan's warring states, Crescent Moon in the Warring States relates the tale of the lone swordsman Hiko Seijūrō. The first Rurouni: Meiji Swordsman Romantic Story features Himura Kenshin stopping a crime lord from taking over the Kamiya family dojo. The second sees Kenshin saving a young girl who is being held ransom by fallen samurai. These three works served as the basis for his first serial; Rurouni Kenshin: Meiji Swordsman Romantic Story, which follows the former hitokiri Himura Kenshin and was serialized in Weekly Shōnen Jump from 1994 to 1999. It was a major success with over 70 million copies in circulation,[6] and was adapted into an anime television, several animated films, and a trilogy of live-action films. The story Haru ni Sakura, included in the Kenshin Kaden guidebook, details the fates of the main cast of Rurouni Kenshin following its conclusion. In Yahiko no Sakabatō, set five years after the conclusion of Rurouni Kenshin, Myōjin Yahiko must save the daughter of a dojo master from an old foe.

During Rurouni Kenshin's serialization, Watsuki wrote Meteor Strike, a one-shot written for a Weekly Shōnen Jump artists project. It chronicles the what-if adventures of a young boy who is struck in the head by a meteor and gains superhuman powers, eventually saving his town from a nuclear disaster. Watsuki felt disgusted with the work and originally did not plan on revealing it, but ultimately decided to include Meteor Strike in the final Rurouni Kenshin volume to increase its page count. Although, he said that after reading the story over again it "relaxed" him "in a nice way." Watsuki included three main elements in the story, which he described as having "some different flavors" than Rurouni Kenshin. He had wanted to use meteors in a story for a long time, since they are the "most energetic natural phenomena." His second element was a boy wearing a pair of white gloves. Watsuki described white gloves as "sort of plain" and "not cool at all," yet he considers the element to be one of his favorites since the gloves "give off a sense of strength." His third element is the girl wearing a construction site helmet. The helmet is masculine, while the Japanese school uniform that the girl wears is feminine. Watsuki said that he created the main character Shinya "on the spot," giving him too much honesty, and a personality that overlaps with that of Himura Kenshin, which he regrets "a little." Watsuki created Chiho, the other major character, to show the "shojo theme of the moment" when the boy out-matures the girl. Watsuki felt that the plan "didn't work out so well" and "a lot wasn't what I wanted it to be." He added that he liked portraying the "helpful nature" of Chiho.

In 2001, Watsuki created his second serialized work, the western Gun Blaze West. The story follows Viu Bannes, a young gunfighter on his journey towards Gun Blaze West, the place where the greatest gunmen go to test their strength. It ran in Weekly Shōnen Jump for less-than a year, from January 8 to August 13, 2001. Its three volumes were published in English by Viz.

His third serialization Buso Renkin, was published in Weekly Shōnen Jump between July 7, 2003 and May 9, 2005, with two special chapters published in Akamaru Jump. Watsuki is married to author Kaworu Kurosaki (黒碕薫, Kurosaki Kaoru). She has assisted her husband in writing several of his manga including Buso Renkin, which she later wrote two novelizations of. Watsuki described himself as "pro-dōjinshi" and asked fans to send fan comics. Buso Renkin became his second work to be adapted into an anime. Both the manga and anime were released in English by Viz Media.

Watsuki wrote two one-shots for Jump the Revolution!, Embalming -Dead Body and Bride- on November 1, 2005 and Embalming II -Dead Body and Lover- on November 1, 2006, that would become his fourth serial. Embalming -The Another Tale of Frankenstein- began in the debut issue of Jump SQ on November 2, 2007 and concluded on April 4, 2015. Kaworu Kurosaki again assisted him with the story. It draws largely from Mary Shelley's famed 1818 novel Frankenstein and follows a young man named Fury Flatliner, who was turned into a Frankenstein in order to destroy all the others and specifically seeks the one that killed his parents.

Child pornography charges:
In November 2017, police found DVDs with footage of naked girls in their "early" teens in Watsuki's Tokyo office. Tokyo Police raided Watsuki's home as part of an investigation into the purchase of child pornography. The search uncovered DVDs containing videos of naked girls less than 18 years of age. He was referred to prosecutors over possession of child pornography on November 21. The serialization of Rurouni Kenshin: The Hokkaido Arc was put on hiatus after the details of Watsuki's charges were made public. In February 2018, Watsuki was fined ¥200,000. The Hokkaido Arc resumed serialization in June 2018. ... (more) (less)
Tags: Mangaka (2), Japanese (1), Asian (1), Rurouni Kenshin (1), Kenshin (1), Buso Renkin (1)
My tags: