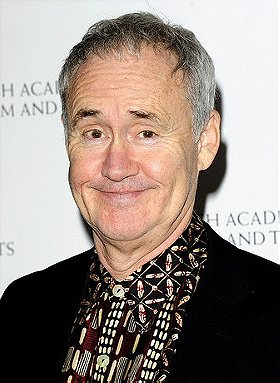 View all Nigel Planer pictures
Nigel Planer is an English actor, comedian, novelist and playwright. Planer is perhaps best known for his role as Neil Pye in the cult BBC comedy The Young Ones. He has appeared in many West End musicals, including Evita, Chicago, We Will Rock You, Wicked and Hairspray. He is long time comedy partners with Peter Richardson. He also narrates the children's TV show, Grizzly Tales for Gruesome Kids.
Tags: British (1), English (1), Author (1), Comedian (1), Actor (1), Born 1953 (1), The Comic Strip (1)
My tags:

1. Therapy and How to Avoid it

1. Therapy and How to Avoid it

Monstermaster added this to a list 1 year, 10 months ago

"As the voice of Uncle Grizzly from Grizzly Tales For Gruesome Kids."

Onion Jack added this to a list 4 years, 4 months ago

Holy Godiva added this to a list 5 years, 11 months ago