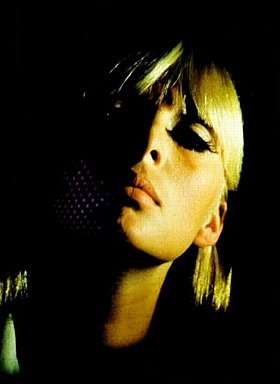 49 votes
They tried to make me go to rehab (20 items)
list by Lucky
Published 11 years, 4 months ago 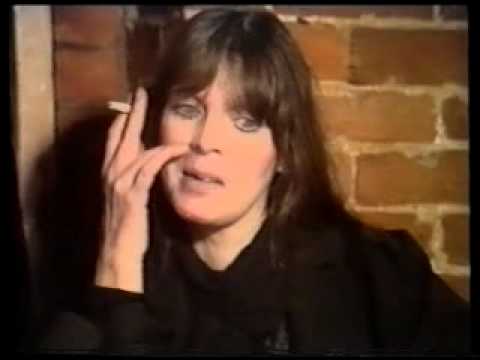 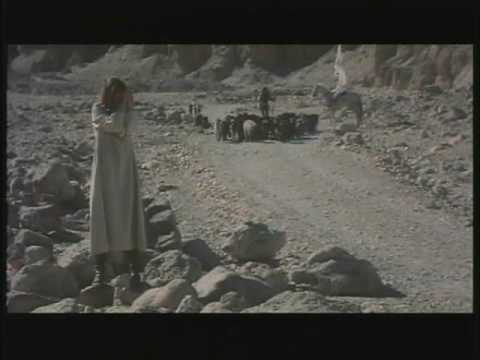 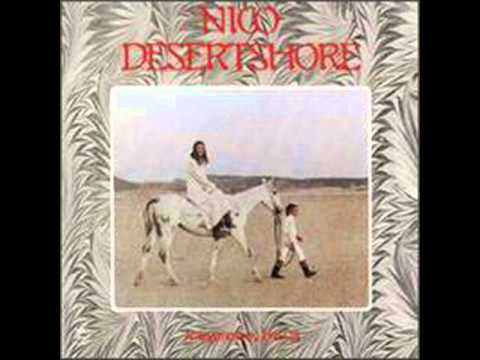 Nico was born in Cologne. When she was two years old, she moved with her mother and grandfather to the Spreewald forest outside of Berlin to escape the World War II bombardments of Cologne. Her father Hermann, born into a dynasty of Colognian master brewers, was enlisted as a soldier during the war and sustained head injuries that caused severe brain damage and ended his life in a psychiatric institution.
In 1946, Nico and her mother relocated to downtown Berlin, where Nico worked as a seamstress. She attended school until the age 13, and began selling lingerie in the exclusive department store KaDeWe, eventually getting modeling jobs in Berlin. At five feet ten inches and with chiseled features and porcelain skin, Nico rose to prominence as a fashion model as a teenager.
At the age of 15, while working as a temp for the U.S. Air Force, Nico was raped by an American sergeant. The sergeant was court-martialled and Nico gave evidence for the prosecution at his trial. Nico’s song “Secret Side” from the album The End makes oblique references to the rape.

Nico was discovered at 16 by the photographer Herbert Tobias while both were working at a KaDeWe fashion show in Berlin. He gave her the name Nico after her ex-boyfriend, filmmaker Nikos Papatakis, and she used it for the rest of her life. She moved to Paris and began working for Vogue, Tempo, Vie Nuove, Mascotte Spettacolo, Camera, Elle, and other fashion magazines. At age 17, she was contracted by Coco Chanel to promote their products, but she fled to New York City and abandoned the job. Through her travels, she learned to speak English, Spanish, and French.
In 1959, she was invited to the set of Federico Fellini’s La Dolce Vita, where she attracted the attention of the acclaimed director, who gave her a minor role in the film as herself. By this time, she was living in New York and taking acting classes with Lee Strasberg.
After splitting her time between New York and Paris, she got the lead role in Jacques Poitrenaud’s Strip-Tease (1963). In 1962, Nico gave birth to her son, Christian Aaron “Ari” Päffgen, who’s father was French actor Alain Delon. Delon always denied his paternity. The child was raised mostly by Delon’s mother and her husband and eventually was adopted by them, taking their surname, Boulogne.
Nico’s first performances as a singer took place in December 1963 at New York’s Blue Angel nightclub, where she sang standards such as “My Funny Valentine”.

In 1965, Nico met the Rolling Stones guitarist Brian Jones and recorded her first single, “I’m Not Sayin’” with the B-side “The Last Mile”, produced by Jimmy Page for Andrew Loog Oldham’s Immediate label. Actor Ben Carruthers introduced her to Bob Dylan in Paris that summer. In 1967 Nico recorded his song “I’ll Keep It with Mine” for her first album, Chelsea Girl.
After being introduced by Brian Jones, she began working in New York with Andy Warhol and Paul Morrissey on their experimental films.
When Warhol began managing the Velvet Underground he proposed that the group take on Nico as a “chanteuse”. They consented reluctantly, for both personal and musical reasons. The group became the centerpiece of Warhol’s Exploding Plastic Inevitable, a multimedia performance featuring music, light, film and dance. Nico sang lead vocals on three songs (“Femme Fatale”, “All Tomorrow’s Parties”, “I’ll Be Your Mirror”), and backing vocal on “Sunday Morning”, on the band’s debut album, The Velvet Underground & Nico (1967).

Immediately following her musical work with the Velvet Underground, Nico began work as a solo artist, performing regularly at The Dom in New York City. At these shows, she was accompanied by a revolving cast of guitarists, including members of the Velvet Underground, Tim Hardin, Tim Buckley, Ramblin’ Jack Elliott and Jackson Browne.
For her debut album, 1967’s Chelsea Girl, she recorded songs by Bob Dylan, Tim Hardin, and Jackson Browne, among others. Velvet Underground members Lou Reed, John Cale and Sterling Morrison contributed to the album, with Nico, Reed and Cale co-writing one song, “It Was a Pleasure Then.” Chelsea Girl is a traditional chamber-folk album, which influenced artists such as Leonard Cohen, with strings and flute arrangements by producer Tom Wilson. In California, Nico spent time with Jim Morrison of the Doors. Morrison encouraged her to write her own songs.
For The Marble Index, released in 1969, Nico wrote the lyrics and music. Nico’s harmonium anchored the accompaniment, while John Cale added an array of folk and classical instruments, and arranged the album. The harmonium became her signature instrument for the rest of her career. The album has a classical-cum-European folk sound.
Returning to live performance in the early 1970s, Nico (accompanying herself on harmonium) gave concerts in Amsterdam as well as London, where she and John Cale opened for Pink Floyd. 1972 saw a one-off live reunion of Nico, Cale and Lou Reed at the Bataclan in Paris.
Nico released two more solo albums in the 1970s, Desertshore (1970) and The End… (1974). She wrote the music, sang, and played the harmonium. Cale produced and played most of the other instruments on both albums.
By 1974, Nico became involved with Berliner musician Lutz Ulbrich (Lüül), guitarist for Ash Ra Tempel. Ulbrich would accompany Nico on guitar at many of her subsequent concerts through the rest of the decade. Also in this time period, Nico let her hair return to its natural color of brown and took to dressing mostly in black. This would be her public image from then on.
Nico and Island Records allegedly had many disputes during this time, and in 1975 the label dropped her from their roster.
Between 1970 and 1979, Nico made about seven films with French director Philippe Garrel. She met Garrel in 1969 and contributed the song “The Falconer” to his film Le Lit de la Vierge. Soon after, she was living with Garrel and became a central figure in his cinematic and personal circles. Nico’s first acting appearance with Garrel occurred in his 1972 film, La Cicatrice Intérieure. Nico also supplied the music for this film and collaborated closely with the director. She also appeared in the Garrel films Anathor (1972); the silent Jean Seberg feature Les Hautes Solitudes, released in 1974; Un ange passe (1975); Le Berceau de cristal (1976), starring Pierre Clémenti, Nico and Anita Pallenberg; and Voyage au jardin des morts (1978). His 1991 film J'entends Plus la Guitare is dedicated to Nico.

In September 1978, Nico performed at the Canet Rock ‘78 festival in Catalonia. She made a vocal contribution to Neuronium’s second album, Vuelo Químico, as she was at the studio, by chance, while it was being recorded in Barcelona in 1978. She read excerpts from Ulalume by Edgar Allan Poe. She said that she was deeply moved by the music, so she couldn’t help but make a contribution. During the same year, Nico briefly toured as supporting act for Siouxsie and the Banshees, one of many post-punk bands who admired Nico. In Paris, Patti Smith bought a new harmonium for Nico after her original was stolen.
Nico returned to New York in 1979 where her comeback concert at CBGB (accompanied by John Cale and Lutz Ulbrich) was reviewed positively in The New York Times.
In France, Nico was introduced to photographer Antoine Giacomoni. Giacomoni’s photos of Nico would be used for her next album. Through Antoine Giacomoni, she met Corsican bassist Philippe Quilichini. Nico recorded her next studio album, Drama of Exile, in 1981, produced by Philippe Quilichini. Drama of Exile was released twice, in two different versions, the second appearing in 1983.
After relocating to Manchester, England, in the early ‘80s, Nico acquired a manager, Alan Wise, and began working with a variety of backing bands for her many live performances. These bands included Blue Orchids, the Bedlamites and the Faction. By that time, Nico was often cited as an influence on the gothic rock scene, admired by such artists as Peter Murphy of Bauhaus as well as Siouxsie Sioux of Siouxsie and The Banshees, whose foreboding vocals are influenced by Nico’s distinct dark style of singing. At Salford University in 1982, Nico would join Bauhaus for a performance of “I’m Waiting for the Man”. That same year, Nico’s supporting acts included the Sisters of Mercy and Gene Loves Jezebel. The Marble Index has frequently been cited as the first goth album, while Nico’s dark lyrics, music and persona were also influential.
She recorded her final solo studio album, Camera Obscura, in 1985, with the Faction and it was produced by John Cale. The next few years saw frequent live performances by Nico, with tours of Europe, Japan and Australia (usually with the Faction or the Bedlamites). A number of Nico’s performances towards the end of her life were recorded and released.
A duet called “Your Kisses Burn” with singer Marc Almond was her last studio recording (about a month before her death). It was released a few months after her death on Almond’s album The Stars We Are. Nico’s final recording was of her last concert, 'Fata Morgana’, at the Berlin Planetarium on 6 June 1988. This was a special event created by Lutz Ulbrich and featured a number of new compositions by Nico and the Faction.

On 18 July 1988, while on vacation on the Mediterranean island of Ibiza with her son Ari, Nico had a heart attack while riding a bicycle, and she hit her head as she fell. A passing taxi driver found her unconscious, and he had difficulty getting her admitted to local hospitals. She was misdiagnosed as suffering from heat exposure, and died at eight o'clock that evening. X-rays later revealed a severe cerebral hemorrhage as the cause of death.
Nico lies buried in her mother’s plot in Grunewald Forest Cemetery in Berlin. A few friends played a tape of “Mütterlein”, a song from Desertshore, at her funeral.
In 2016, the band Soundwalk Collective released the album Killer Road, which explores the bicycle ride that ended in Nico’s death. The album combines soundscapes with Nico’s words spoken by Patti Smith. Smith’s daughter, Jesse Paris Smith, was co-composer of the music on the album.

3. SHOT! The Psycho-Spiritual Mantra of Rock

stageactress added this to a list 1 year, 4 months ago
Rock Groupies (28 person items)

Look Left voted for an image 1 year, 7 months ago

coffee-boy voted for an image 1 year, 10 months ago

onclelapin posted a image 3 years ago

jazzybop voted for an image 4 years, 5 months ago

tiger_lola_gen_fan added this to a list 4 years, 9 months ago
Actress (13 movies items)

tiger_lola_gen_fan added this to a list 5 years, 1 month ago
Models (23 fashion items)

Nusch voted for an image 6 years ago

onclelapin added this to a list 6 years, 2 months ago
spoon, women I dig (102 beauty items)