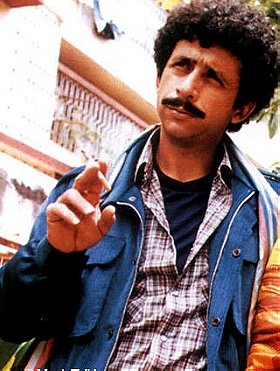 He became active in mainstream Bollywood cinema with the 1980 film Hum Paanch. His next major success in mainstream films was the 1986 multi-starrer film Karma where he acted alongside veteran Dilip Kumar. Starring roles for films such as Ijaazat (1987), Jalwa (1988) and Hero Hiralal (1988) followed. In 1988 he played opposite his wife Ratna Pathak as Inspector Ghote, the fictional detective of H. R. F. Keating's novels in the Merchant-Ivory English language film The Perfect Murder.

He has acted in several multi-starrer Bollywood films as well, such as Ghulami (1985), Tridev (1989) and Vishwatma (1992). In 1994, he acted as the villain in Mohra, his 100th film as an actor. He forayed into Malayalam cinema the same year, through T. V. Chandran's critically well acclaimed drama Ponthan Mada. The film portrayed the irrational bonding of a feudal serf (played by Mammootty) and a colonial landlord (played by Shah). He strongly believed that the distinction between art and commercial films had largely reduced, especially with the directors of the former also making commercial films. In 2000 his dream of playing Mahatma Gandhi was realized when he played Gandhi in Kamal Hassan's critically acclaimed Hey Ram which focused on the assassination of Gandhi from the assailant's point of view. He won a lot of critical acclaim by playing the role of Mohit, the drunken coach to a deaf and mute boy in Iqbal, which was written by Vipul K Rawal with Shah specially in mind.[citation needed] He also worked in Neeraj Pandey's critically acclaimed A Wednesday (2008).

Later, he starred in international projects such as Monsoon Wedding in 2001 and a Hollywood comic book adaptation The League of Extraordinary Gentlemen in 2003 (co-starring Sean Connery) where he played the role of Captain Nemo. His portrayal of Nemo was very close to the design of the graphic novel, although his Nemo was far less manic. He worked in an Indian adaptation of Shakespeare's Macbeth, titled Maqbool and Rajiv Rai's Asambhav opposite Arjun Rampal and Priyanka Chopra in 2004. He then went on to work in The Great New Wonderful (2005). He was most recently seen in The Dirty Picture (2011). Shah's upcoming films include The Hunt where he plays a recluse growing marijuana in his forest retreat.

1. The League of Extraordinary Gentlemen (2003)

DawnM74 added this to a list 3 years, 9 months ago
Bollywood (60 person items)