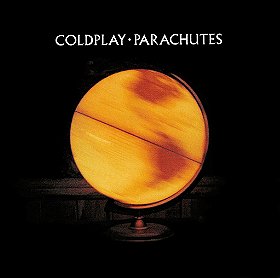 Gauntlet voted for an image 11 months, 1 week ago

Nusch added this to a list 3 years, 6 months ago

"Coldplay Parachutes is the debut studio album by the British rock band Coldplay. It was released on 10 July 2000 by Parlophone in the United Kingdom. The album was produced by the band and British record producer Ken Nelson, except for one track, "High Speed", which was produced by Chris Allison. The album was a commercial success, and was met with positive reviews. Upon release, the album quickly reached number one in the United Kingdom, and has since been certified 8× Platinum. In the Un"

Nusch voted for an image 3 years, 6 months ago

Agent Kermit D. Fonz added this to a list 3 years, 11 months ago

Stehako added this to a list 4 years, 6 months ago

Exclusive voted for an image 5 years, 2 months ago

Agent Kermit D. Fonz added this to a list 5 years, 8 months ago

Helen added this to a list 6 years, 1 month ago

"10/10 Coldplay's first about is a classic for many different reasons as this is where you get to meet them for the first time and you get the nostralgia vibe. Here you smell the original essence and it is wonderful. I love it from the beginning until the end. It's difficult to decide so I basically put almost all songs below... Favourite songs: Don't panic High speed Yellow Trouble We never change Parachutes (shortest song ever!) See you soon Shiver Careful where you stand "