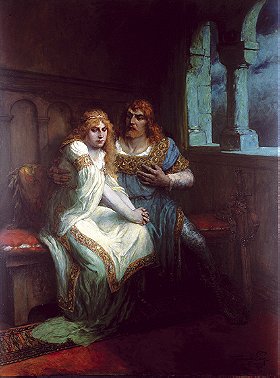 The opera has inspired other works of art. King Ludwig II of Bavaria named his castle Neuschwanstein Castle after the Swan Knight. It was King Ludwig's patronage that later gave Wagner the means and opportunity to complete, build a theatre for, and stage his epic cycle Der Ring des Nibelungen. He had discontinued composing it at the end of Act II of Siegfried, the third of the Ring tetralogy, to create his radical chromatic masterpiece of the late 1850s, Tristan und Isolde, and his lyrical comic opera of the mid-1860s, Die Meistersinger von Nürnberg. ... (more) (less)
My tags: