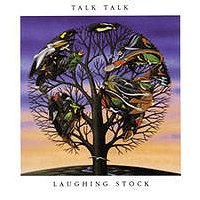 Like its predecessor, Spirit of Eden, the album featured improvised instrumentation from a large ensemble of musicians, including as many as seven violists on occasion. The recording sessions have attained near-mythical status among underground music fans; Tape Op magazine ran an extensive article detailing the demanding recording sessions, marked by Mark Hollis' perfectionist tendencies, and his use of candles and incense to set the mood.

Agent Kermit D. Fonz added this to a list 1 year, 11 months ago

JxSxPx added this to owned list 2 years, 2 months ago

CD Smiles added this to wanted list 5 years, 7 months ago