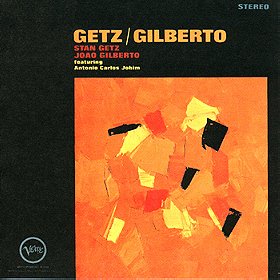 Its release created a bossa nova craze in the United States, and subsequently internationally. It brought together Stan Getz, who had already performed the genre on his LP Jazz Samba, João Gilberto (one of the creators of the style), and Jobim, a celebrated Brazilian compositor (and also one of the main creators of the genre), who wrote most of the songs in the album.

PulpRoman added this to a list 2 years, 8 months ago
Music Diary 2020: When the Sun Goes Down (29 music items)

MarkoXD added this to a list 4 years, 9 months ago
Álbumes Favoritos / Favourite albums of all time (191 music items)