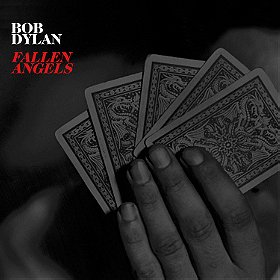 The album consists of cover versions of twelve classic American songs chosen by Dylan from a diverse array of writers such as Johnny Mercer, Harold Arlen, Sammy Cahn and Carolyn Leigh. Much like the album's predecessor, Shadows in the Night, every song on the album, except for "Skylark", was once recorded by Frank Sinatra.

SchwarzerAbt added this to a list 2 months, 1 week ago
Albums: Best to Worst (331 music items)

Gauntlet voted for an image 1 year, 4 months ago

SchwarzerAbt rated this 8/10 3 years, 8 months ago

SchwarzerAbt added this to a list 4 years, 7 months ago
Discography of... Bob Dylan (83 music items)