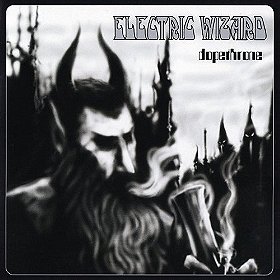 33 votes
My 600 Favorite Albums Of All Time (600 items)
list by Pandoras Folly
Published 8 years, 6 months ago

Nusch added this to a list 2 years, 8 months ago

"Electric Wizard Dopethrone is the third studio album by English doom metal band Electric Wizard. It was released on 28 November 2000 through Rise Above Records and re-released by the same label in 2004 and 2007 with an extra song. Dopethrone, along with Come My Fanatics..., is often cited as Electric Wizard's seminal release and the highpoint of their career. Reviewers have described it as "some of the absolute slowest, heaviest doom imaginable" and have said "it may well be the finest recor"

Nusch voted for an image 2 years, 8 months ago

Winters added this to a list 4 years, 4 months ago
Metal albums for desert island (55 music items)