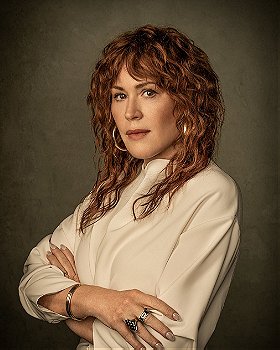 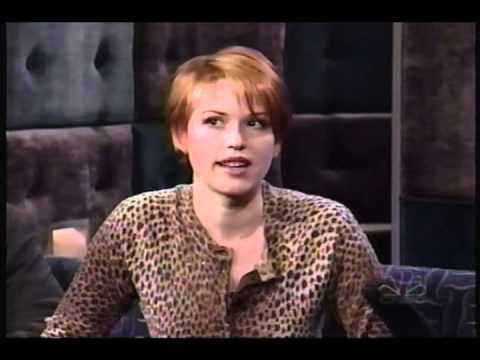 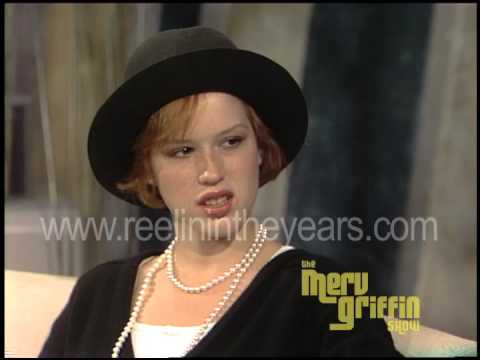 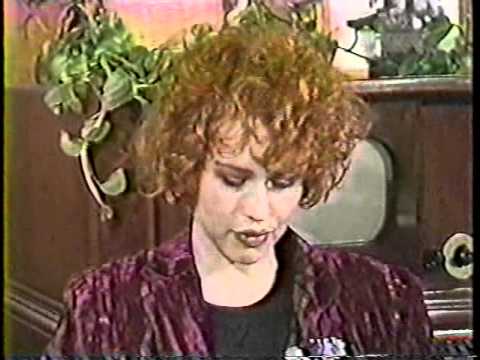 The daughter of a musician, Ringwald was singing with her father Bob's jazz band at age four and made her first stage appearance in a 1973 production of "The Grass Harp" when she was five years old. By 1977, she was guesting on TV shows, such as the syndicated "The New Mickey Mouse Club". She was tapped to be a regular in a girl's boarding school on the NBC series "The Facts of Life", on which she appeared from 1979-80. But, when the show was gasping to life and the network ordered a revamping, Ringwald was one of the regular cast members dropped. Licking her wounds, she won the role of John Cassavetes' daughter Miranda in Paul Mazursky's 1982 version of "Tempest", in which she sang "Why Do Fools Fall in Love" and made all of Hollywood wonder what nitwit at NBC had dropped her from the "Facts of Life" cast.

Ringwald's appeal was confirmed when she played Samantha in "Sixteen Candles", a 1984 John Hughes film in which she was the second daughter in a household that forgets her 16th birthday because her older sister is about to be married. On the brink of womanhood, Samantha/Ringwald, has a crush on a guy, but doesn't know how to approach him or be approached. The film was a hit among all ages and Ringwald became the dream teen of the 80s. She followed that role with "The Breakfast Club" (1985), also for Hughes, in which she played a rich, popular girl who admits to being just as subject to the awful pressures of adolescence as the others. Again, Ringwald had a hit film. It was her popularity and charm, along with a winning performance by Jon Cryer, which carried the lacking "Pretty in Pink" (1986), in which she played a girl from the wrong side of the tracks who refuses to be broken by the nasty assaults by the rich kids.

But the bubble began to burst. No longer a high schooler, but not fluffy enough to be an ingenue, Ringwald was handed "The Pick-Up Artist" (1987), in which she was the subject of Robert Downey Jr.'s affections. It was not a box-office hit, nor was "For Keeps" (1988), in which she was again a high school senior who becomes pregnant, marries her boyfriend and discovers that married life isn't what she thought it would be. Ringwald got married in earnest in Alan Alda's "Betsy's Wedding" (1990), another flop and her film career petered out. She moved to the small screen, acquitting herself well in the ABC TV-movie "Something to Live For: The Alison Gertz Story" (1992), about a young New York woman who contracted the HIV virus during her first sexual experience and eventually died of AIDS.

Ringwald moved to Paris in 1991 and settled there with her beau, writer Valery Lameignere. She appeared in several French films, including "Seven Sunday" (1994), in which she juggled several suitors, including Thierry Lhermitte. She did leave Paris to do the ABC miniseries "Stephen King's 'The Stand'" (also 1994). In 1996, came the release of "Enfants de salaud", an ensemble film about illegitimate brothers and sisters who meet at their father's trial and a return to the American screen in the independent "Office Killer", in which she had the supporting role of a editorial assistant who suspects Carol Kane of murder. Also that year, Ringwald returned to TV first as a blind woman with a crush on one of the radio actors in "Remember WENN" (AMC) and later as Carrie, one of a group of twentysomething New Englanders in the ABC sitcom "Townies". ... (more) (less)
Tags: Actress (14), Redhead (9), American (6), Brat Pack (6), Female (5), Born 1968 (5), Smoker (4), White (3), Ginger (3), 80s Star (3), Singer (2), Pretty (2), 1980s (2), Aquarius (2), Red Hair (1), Elegant (1), Sixteen Candles (1), Lead Actress (1), Pretty In Pink (1), Fashion Icon (1)
My tags:

1. When It Happens to You: A Novel in Stories

2. Getting the Pretty Back: Friendship, Family, and Finding the Perfect Lipstick (2011)

1. When It Happens to You: A Novel in Stories

2. Getting the Pretty Back: Friendship, Family, and Finding the Perfect Lipstick (2011)

aprohor voted for 8 images [View All] 2 months ago

Sparky The Barbarian voted for an image 2 months, 1 week ago

AtomicPunk voted for 13 images [View All] 6 months, 3 weeks ago

Dynasti voted for 19 images [View All] 1 year ago

Dynasti voted for 11 images [View All] 1 year ago

Dynasti voted for 16 images [View All] 1 year ago

mirinbuddy added this to a list 1 year, 1 month ago

Kandi voted for an image 1 year, 4 months ago

ROADKILL41 voted for an image 1 year, 4 months ago

ROADKILL41 voted for an image 1 year, 7 months ago

ROADKILL41 voted for an image 1 year, 10 months ago

ROADKILL41 voted for 7 images [View All] 2 years ago

milica added this to a list 2 years, 5 months ago
My Favorite Actresses (111 person items)