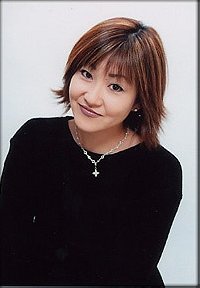 She married Kōichi Yamadera from 1993 to 2006, though their divorce was not disclosed until 2007. They had worked together on the long-running Anpanman series. Her parents worked at the Seinenza Theater Company. ... (more) (less)
My tags:

1. Code Geass: Lelouch of the Re;Surrection

2. Pokémon the Movie: I Choose You!

3. Pokémon the Movie: Volcanion and the Mechanical Marvel (2016)

Muzui added this to a list 1 year, 4 months ago
Seiyuus (137 person items)