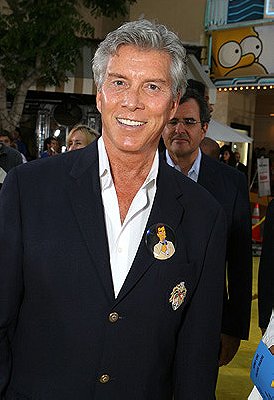 Buffer was born and raised in Philadelphia, Pennsylvania, to an enlisted man in the United States Navy and his wife during World War II. His parents divorced when he was 11 months of age, and Buffer was then raised by foster parents, a school bus driver and housewife, in the Philadelphia suburb of Roslyn. He enlisted in the United States Army during the Vietnam War at age 20 and served until age 23. He held various jobs including a car salesman, then began a modeling career at age 32 before becoming a ring announcer at age 38.

In 1982, Buffer began his career as a ring announcer. By 1983, he was announcing all boxing matches promoted by Bob Arum's Top Rank on ESPN, which gave him a national identity at a time when ring announcers were strictly locally hired talent. By 1984, Buffer developed the catchphrase "Let's get ready to rumble" in his announcing, which gained enormous popularity. He began the process of obtaining a federal trademark for the phrase in the 1980s, which he acquired in 1992.

By the late 1980s, Buffer was the exclusive ring announcer for all bouts in Donald Trump-owned casinos. Trump said of Buffer, "He's great, he's the choice, he has a unique ability... I told my people, 'We got to have him.'" Buffer's work was also admired by many of the boxing greats. Sugar Ray Leonard once said, "When [Buffer] introduces a fighter, it makes him want to fight." ... (more) (less)
Tags: Born 1944 (1), Ring Announcer (1), Born In November (1), November 2 (1), Born In Pennsylvania (1), Philadelphia Pennsylvania USA (1)
My tags: